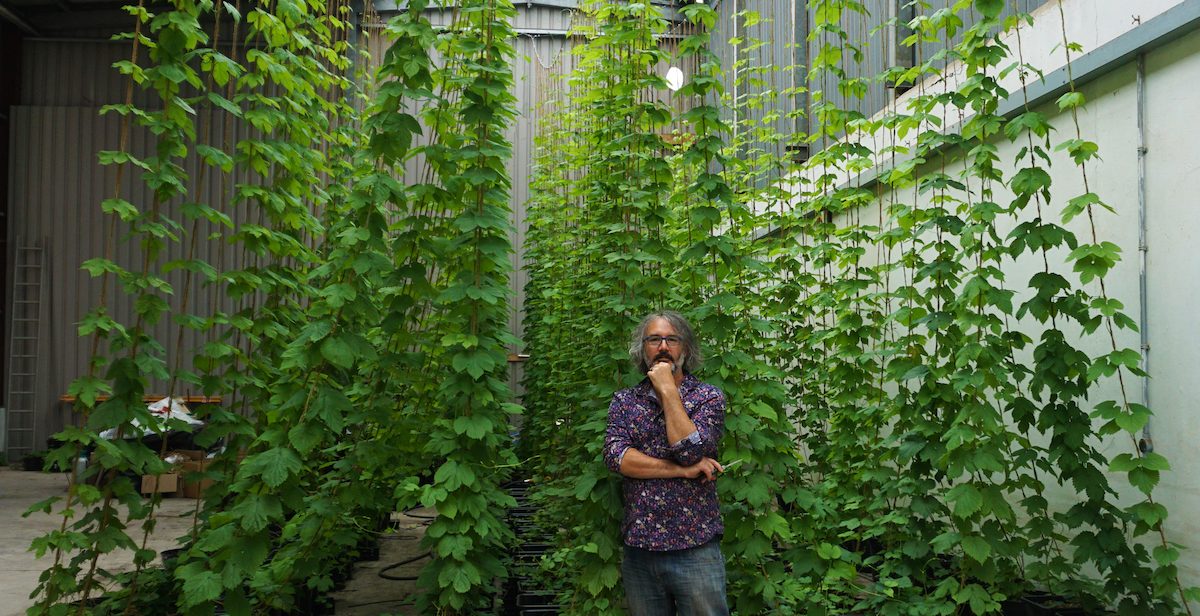 Growing hops hydroponically in Wales: If you’re into homebrewing, you need to read this

The UK was once known for its hop farms, and beer production was closely tied to many communities. But since the 1800s, hops farmers have suffered setback after setback, thanks to economic depression, disease, and legislation. These days, there is very little support for hops farmers and most hops are imported. But that hasn’t stopped Gareth Davies from starting his own indoor farm, growing hops hydroponically.

Davies, a former web developer, left London for Wales several years ago, having lived in London for his entire adult life. “The moment I arrived in Wales I just knew I wanted to spend more time outside,” he says. The beer lover and self-confessed computer geek had just read an article about the decline of hops in the UK, and wanted to try growing some. But, knowing land would be hard to come by, he decided to combine growing with his love of technology.

Hydroponics was the obvious choice. And when he started growing hops under lights in his not-so-large flat, Dark Farm was born. Since then, Davies has given traditional growing a go. But it’s hydroponics that really interests him, thanks to its reduced environmental impact.

What does growing hops hydroponically entail?

Hydroponics is arguably one of the most environmentally friendly farming practices. Essentially, hydroponics means growing plants without soil. First, you seed the plants in a substrate, then you place the roots in nutrient-enriched water then grow them under special lights. Because plants grown in this way are highly monitored, it cuts out the risk of pests and disease. And it massively reduces the amount of water needed.

Davies decided to turn his attention to homebrewers, supplying home brewing kits and equipment as well as hop rhizomes for anyone who wants to grow their own hops. Dark Farm seeks to take people out of their comfort zone as a supplier. “People are often scared to start,” says Davies. “And we want to encourage them to have a go”.

As with many grassroots businesses, Dark Farm did well during the pandemic, almost doubling its sales. And next month will see the launch of its brand new brew tank, a self-brew kettle that allows homebrewers to make 40 or 60 litres of beer in their own homes. But Davies has bigger ideas for the future. “Being environmentally friendly has always been important to us,” he says. His plan for Dark Farm is eventually to create an educational platform from which to teach about living more sustainabe lives.

If you drink beer but you don’t like the nasty chemicals that often go into corporate beverages, why not try brewing your own? According to Davies, it’s easier than you might imagine. But if you don’t like beer and have a bit of space, why not give hops growing a go anyway? Hops bread, hops salt, and hops water are all quite delicious, and we’d love to hear how you get on.