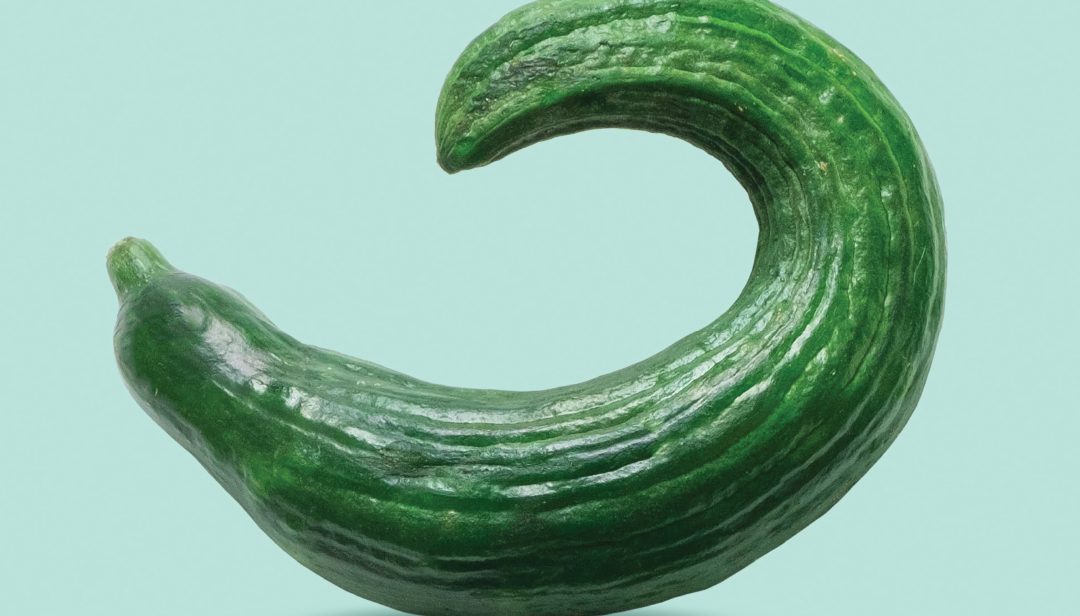 Dash Water is crammed with wonky veg like this cucumber. Image by Dash Water.

Dash Water: The B corp using wonky veg to combat the issue of food waste

Jack Scott and Alex Wright both grew up on farms. So they understood the issue of food waste in the UK early on. “As a kid I would do potato grading in the summer,” says Scott, “and that’s where I learned that large companies need uniform sizes to make their chips.” There just wasn’t a place for off-size or wonky veg in the food system.

Scott and Wright met working for a large soft drinks company. Seeing a gap in the market for soft drinks with no added sugars or sweeteners, they started speaking to farmers and realised that the grading issue was way bigger than they had thought.

While around 10% of the world’s population is underfed and food production accounts for up to 12% of global emissions, about 40% of the fruit and vegetables grown in the UK goes to waste.

And though home composting is a great way of reusing food on a small scale, when it rots on a larger scale it puts out huge emissions. And that’s not to mention all the wasted water, labour and tractor power used to produce the crops that go to waste.

Knowing all this, Scott and Wright decided to do something about it. So, in 2017 they launched Dash Water after making agreements with several growers to take their surplus crops off their hands. Dash Water is a soft drink that’s made from British spring water plus rejected, wonky veg and fruit.

“We set out to highlight the issues and make sure that those at each stage are accountable for their actions,” says Scott. Food goes to waste at different stages of the supply chain and companies such as McCain are doing some cool things with their cooking waste. But Dash Water is concerned with surplus crops and is dedicated to making people aware of the subject.

Wonky, blemished and ugly fruit and vegetables are just as nourishing as their more beautiful counterparts. And that’s what Scott and Wright want people to understand.

B corps are working for our future

Dash Water recently became a B corp. That means it must meet stringent standards related to third party validation, public transparency and legal accountability. The idea is that B corps are better businesses for employees, communities and the planet.

Though many older people don’t yet know what B corps are, the younger generation is leading the way. And while Scott acknowledges we still have a long way to go as a species, he’s proud to be part of the change. “We put planet, profit and people on the same playing field,” he says. And that’s got to be the way of the future.