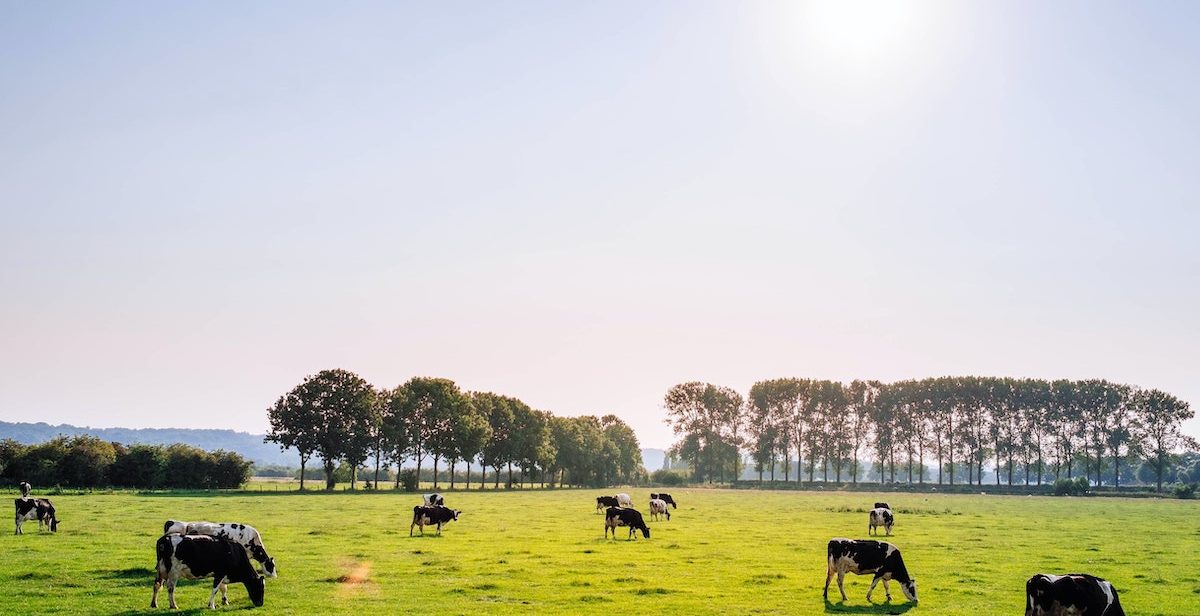 Image by Leon Ephraïm on Unsplash

“The only solution to the climate crisis is to leave as much of the earth alone as we can”. Those are the words of Glen Merzer, writer and vegan advocate. In Food is Climate, Merzer shows how animal agriculture and climate change are inextricably linked. The co-author of No More Bull and Food over Medicine tells me that he wrote his new book in response to the narrative surrounding climate change.

But it’s not an anxiety-inducing work about the inevitability of our planet’s demise. Rather, Merzer poses a simple solution. He believes we could continue to live similar lives to those we live today if we only stopped animal agriculture.

It’s getting more and more difficult to pretend that livestock and climate change having nothing to do with each other. The fact is that deforestation and our habit of grazing animals are leading causes of climate change. We use one-third of our earth for the grazing of livestock and that, says Merzer, needs to stop.

He believes we should rewild the earth we currently use for animal grazing. This, he says, would reduce soil erosion and increase carbon sequestration. Carbon dioxide is increasing in our atmosphere. And while calls to create cleaner energy are valid, Merzer maintains that even if we were to move to renewable energy, greenhouse gasses would continue to accumulate from animal agriculture. The only mathematical way to reverse climate change, he says, is to move to a vegan diet.

But his book comes with a warning: veganism is an unpopular position to take. Those leading the public narrative on climate change are not telling the whole truth and this is something the author acknowledges. “We cannot expect politicians to give up their positions of power,” he says. “We have to lead”. And he believes that when we start to change, the politicians will follow.

The health benefits of being vegan

Veganism isn’t just for the planet. Reducing our reliance on animal products is also good for our health. Merzer should know. “I became a vegetarian for my own health at the age of 17,” he says, explaining that he made that decision after men in his family started dying from heart attacks. At that time, he continued to eat cheese regularly to appease the overweight family members fretting about his health.

How to save the bees and bee the change

When, in his early 30s, the author developed pains in his heart, he assumed it was his genes. But at some point, he wondered if his cheese intake might be having an impact. “I was heading towards a heart attack from the cheese,” he says. After he gave up dairy, he never had pain again.

Pam Popper is an internationally recognised nutrition, medicine and health expert. She co-wrote Food over Medicine with Merzer. And she has dedicated her life to educating people on the benefits of plant-based diets. Swapping animal protein for plant protein will dramatically reduce inflammation, she says.

Examples of plant protein include tofu, tempeh, chickpea, lentils and nuts. Vegans should also be sure to eat plenty of iron and calcium-rich leafy greens. And they should consider supplementing with vitamin B12.