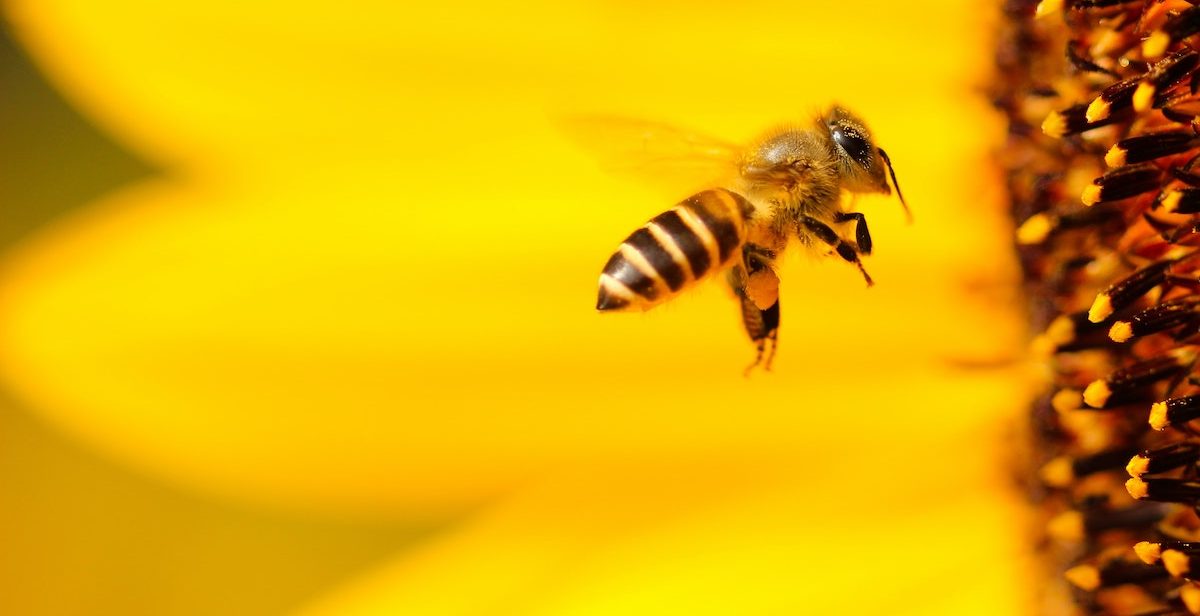 How to save the bees and bee the change

For Lisa Aitken, the reason for keeping bees is obvious. “If the bees die, we die,” she says. “They are absolutely vital.” That’s why she wanted to do her part to save the bees in Sussex.

Lisa and her partner Charles Hooper own Forest Garden Shovelstrode on the edge of the Ashdown Forest in Sussex. It’s a stunning six-acre site complete with luxury glamping area, ancient woodland and a forest garden with numerous edible plants.

Colony collapse disorder is now a well-known phenomenon. Declining numbers of bees means our very food systems are threatened since we rely on them to pollinate about 75% of the crops we eat.

Of course, that’s not the whole picture. Bats, butterflies, and other bees and insects also have a role to play. But there’s no getting around it. Honeybees are important. And if we are going to have a future, we need to do something to save them.

With the help of Oliver Sinclair, chairman of the East Grinstead Beekeepers Association, Lisa manages five hives which are tucked away in a hidden corner on their land. They even run beekeeping courses several times a year to share their knowledge.

Beekeepers normally visit their hives every ten days or so, but Lisa doesn’t do that. “I’m not a traditionalist,” she says. “And I don’t treat my bees for varroa. I prefer to err on the side that says the bees will work it out for themselves”. Varroa mites are the destructive parasites that are partially responsible for weakening honeybees and their colonies. They are often treated with harsh chemicals to which the mites have started to build resistance.

“When we try to kill something off, there’s a repercussion,” says Lisa. That’s why she sprinkles icing sugar over the hives each September rather than using the toxic pesticide. The idea is that icing sugar sticks to the bugs and makes them fall off their host, and its use is reasonably popular among hobbyists.

Can commercial beekeeping save the bees?

It may come as a surprise, but honeybees don’t produce their honey for us. In fact, they need it to sustain themselves. A worker bee lives for around five or six weeks and may visit 10,000 flowers in one day. Over the span of her lifetime though, she may only produce a teaspoon of honey.

That’s something to consider when you next slather a piece of toast with your favourite liquid gold. On top of that, the honey industry is innately exploitative. Take what Lisa calls the scandal of almond milk, for example.

Home to 68% of the world’s almond crops, the US is responsible for driving in bees from all over the country for pollination. It’s been likened to sending bees to war, and is almost certainly largely to blame for the decimation of bee populations. What does Lisa say about that? “Stop drinking almond milk. Stop supporting the industry!”

So why study beekeeping?

“Increasingly (for us) the bee population is more important than the honey,” says Lisa. In fact, many of the people who go on her beekeeping courses don’t actually want to keep bees themselves. They want to care for bees. They want to know what flowers to plant in their gardens, and how to ensure local honeybees have the greatest chance of success. To put it simply, they want to save the bees.

“We live in fragile times, says Lisa, “and keeping insects alive is vital to our existence”. So does she take honey from the bees? “A little bit,” she says, “but only once we’ve ensured they have enough themselves”.

Is it ok to buy honey?

Lisa thinks so. “But you should source it from local beekeepers where possible,” she says.

“You really shouldn’t be buying what you find on the supermarket shelves,” she continues. Every year, when taking her honey, Lisa has a taste test, noticing the difference between the current year’s crop and that of the previous year. “Every time it’s different,” says Lisa, “but when you buy your pot of commercial honey, it always tastes the same. Why is that?”

Interested in learning more? Book a place on the Forest Garden Shovelstrode’s bee courses, 2021 here. Alternatively, find a course close to your home. And remember – try to support local beekeepers if you like the taste of honey. Let’s do all we can to help our insects stay alive!