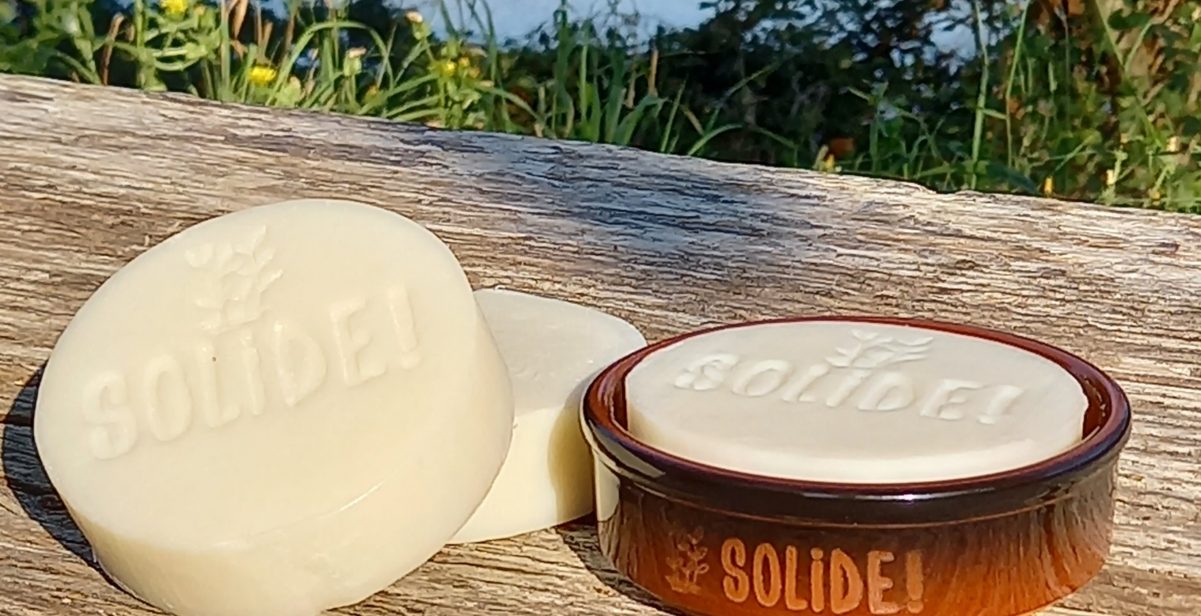 Your journey to a zero-waste kitchen starts here

Tiphaine Jamet is co-founder of Solide!, a company that makes plastic-free solid washing-up cakes and other sustainable kitchen products. I met her online to discuss the climate crisis and why it’s time to switch to a zero-waste kitchen.

You graduated in international business. What made you want to work with sustainable products?

Even when I was a little girl growing up in France, it irritated me to see plastic waste. And when I moved to the UK, it made me angry that people weren’t using bins.

Growing up, my mum always cared about what she bought. She avoided plastic whenever she could. The UK seems to be way behind France when it comes to plastic, and I realised I could do something to help people become more eco-conscious and move toward a zero-waste kitchen.

I’ve seen people throwing rubbish out of their car windows and I find that shocking. On top of that, I grew up next to the sea and feel connected to it. In the UK I see lots of litter and plastic on the beach. I’ve even found a washing-up liquid bottle on the beach that was more than 50 years old.

Solide wants to give people an alternative—something that won’t end up in the ocean.

Do you think there is an appetite for solid dish soap?

Definitely. Lots of people in France are making the change. And solid bars are already well-known in Canada. We launched during the pandemic, at a time when people were becoming more and more eco-conscious.

I’ve learned that people want sustainable kitchen products. But sometimes they don’t know where to look.

There is still a long way to go, though. When I see young kids throwing rubbish on the floor, I think, this is the new generation! I tell them off. But I put it nicely, explain the earth is for them. I realise that not everyone gets the education or has parents to teach them.

Do you think people are willing to change their habits?

Yes, I do. Cop 26 was helpful to teach people about the climate emergency. But there have to be alternatives available. People should be able to find sustainable products close to home. That’s why we want to be in as many stores as possible.

We believe in no packaging. Everything is biodegradable and compostable. The products last for months, and at the end of their lives, nothing ends up on landfill or in the ocean.

Saying that, it is difficult to make people change their habits. People don’t realise the products they are buying are really bad. The bottles are non-recyclable. There are chemicals in the detergents. And they’re full of drinking water. We’re going to face a drinking water shortage in the coming years and 70-80% of many products is water that has been transported from place to place.

What makes the Solide! washing up cake different?

Solide! does the job. And it lasts longer. It’s very concentrated and contains no water. It might cost more than your average washing-up detergent. But in the end, it’s very cost-effective. One bar is the equivalent of three to four bottles of washing-up liquid.

It can also be used as a surface cleaner. It’s not oily or messy. Since I’ve been using it, I haven’t bought any other products to clean my kitchen.

Some people say they’ve tried washing up bars, but they don’t like the oily residue. Solide! is different as it lathers well, and it’s not made of oil. Once people try it, they tend to love it.

Check out the Solide! shop to buy eco-friendly kitchen products for your zero-waste kitchen. And don’t forget to log in and let us know what you think!