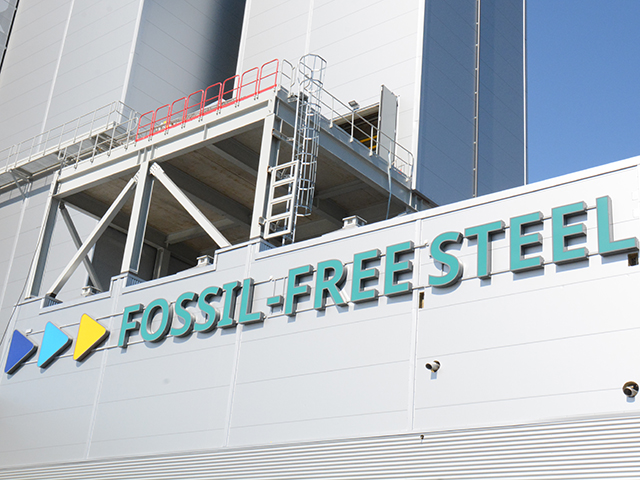 Why steelmaking may have a shiny new future

Our modern gleaming cities are built with steel. But steelmaking is estimated to be responsible for five percent of global greenhouse gas emissions. Now an innovative Swedish project is hoping to prove you can produce high quality steel without harming the earth.

How to make steel

Whether steel is manufactured or recycled, it consumes a huge amount of energy releasing tonnes of toxic emissions into the atmosphere.

Whether steel is manufactured or recycled, it consumes a huge amount of energy releasing tonnes of toxic emissions into the atmosphere.

The HYBRIT joint venture was formed between SSAB (a steelmaker), LKAB (a mining company), Vattenfall (a power company) and the Swedish Energy Agency. Construction of the experimental plant began in 2018. The facility began operation on August 31, 2020.

What is the technology behind HYBRIT?

The key to reducing carbon dioxide emissions is replacing the burning of polluting coke. HYBRIT achieves this by replacing it with clean-burning hydrogen.

When hydrogen is used as a fuel it combines with oxygen and produces no greenhouse gases, only water.

Unfortunately, hydrogen cannot be mined like coal. In the HYBRIT program hydrogen will be produced by electrolysis, which uses electricity to split water molecules into hydrogen and oxygen atoms.

What are the drawbacks?

The biggest drawback is there currently is no cheap or easy method to produce hydrogen at large scale. For example, in the USA, virtually all hydrogen produced comes from natural gas, a fossil fuel. The process not only releases hydrogen, it also produces carbon dioxide making the process both unsustainable and polluting.

How will HYBRIT produce hydrogen?

The HYBRIT program will use renewably generated electricity to obtain the hydrogen from water. In Sweden, this will likely be through the use of wind turbines and solar energy. But the sheer amount of energy required means this won’t be a case of putting up a few wind turbine generators.

Replacing 100% of the coal used with hydrogen in steelmaking will require a tremendous amount of electricity – an estimated 15 terawatt-hours per year, roughly 10% of Sweden’s current steelmaking energy needs. As a result, generating electricity will remain a key challenge for HYBRIT and the success of this project.

We applaud those behind the HYBRIT program for this bold experiment that could have a significant impact beyond steelmaking.

However the energy challenges are not trivial. For the experiment to succeed, it seems one of the following needs to happen:

Chariklo: From Burn-out to On-fire

Any breakthroughs at HYBRIT, however minor, will help the steelmaking industry in becoming a more sustainable industry.

Perhaps an immediate benefit of the project is not the technical breakthroughs but the economic impact.

The HYBRIT joint venture is another example of public-private partnership seeking to discover more sustainable and potentially profitable ways of doing business. As more companies change their development strategies to take into account ecological impact and sustainability, the more likely other companies will follow to keep up.

That can only be a good thing for the planet and for consumers.