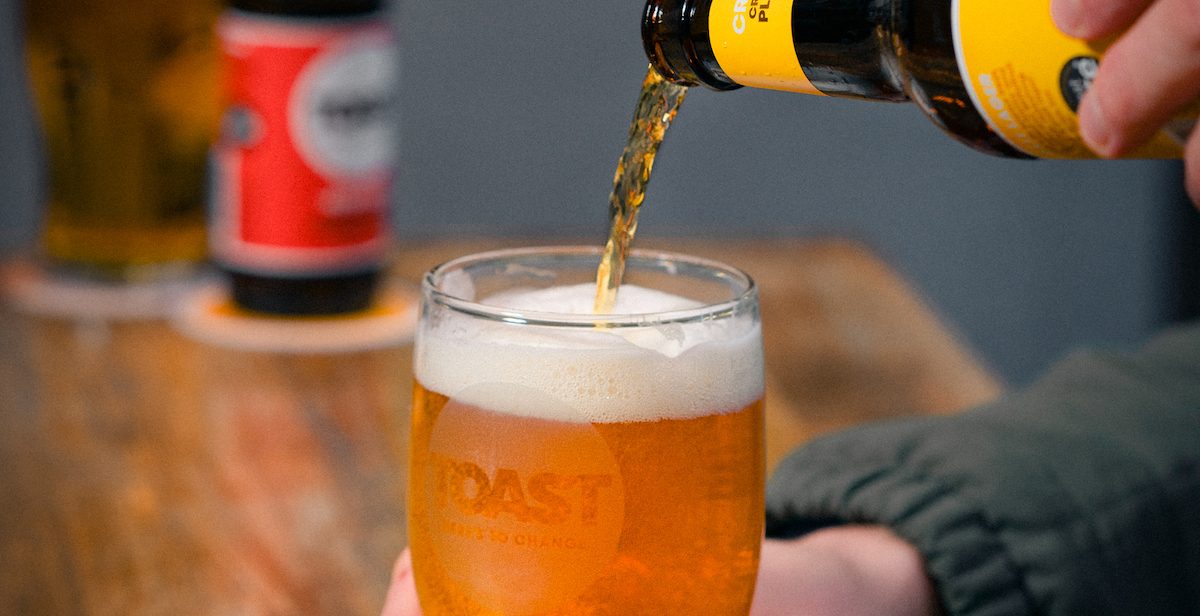 Want to cut down on food waste? Then try this craft beer

There’s nothing like a lovely, cold beer on a hot summer day. But thanks to the land needed to produce barley, most beer has a large carbon footprint. Not only that: Drying malt is extremely energy intensive. Don’t let that get you down though. Toast Ale is a London-based B Corp that makes delicious craft beer from food waste.

It’s now well-known that one-third of all the food we produce is wasted. Toast Ale uses surplus bread to create its craft beers. “Food waste is a monumental problem,” says Louisa Ziane, the company’s co-founder and chief operating officer. “We decided to focus on surplus bread as it’s the second most wasted food in the UK”.

Not only does this save bread from landfill. Thanks to the bread, Toast Ale needs 30% less malt to brew its beer. And for brewing and fermenting, the company partners with different breweries, using their spaces and equipment to further reduce its footprint.

Why food waste is a problem

Food waste that ends up on landfill emits the greenhouse gas, methane. And this contributes to 7% of greenhouse gasses around the world. But food waste also has other environmental and social implications. For example, when food is binned, the water used to grow it in the first place is wasted, as is farmers’ labour. And that’s why Toast became a circular economy business.

What is a circular economy business?

A circular economy is a system that eliminates waste by utilizing it for something else. Toast Ale’s spent hops are composted, and its spent grain is used for animal feed. Having rescued more than two million slices of waste bread from landfill so far, Toast Ale says it has saved more than 260,000 litres of water. Its also massively reduced carbon emissions and uses far less land than other breweries of its size.

“Our vision is a world without waste and a beer with more taste,” says Ziane, adding: “it’s a motivating end goal but a huge challenge”. She understands the causes of waste are complex and believes we need to change our entire system. “It’s certainly possible,” she says, “ but it won’t be easy”.

You won’t find UK-made Toast Ale anywhere else in the world as the company doesn’t export. Instead, Toast Ale collaborates with independent brewers all over the world, helping others reduce food waste. If you want to give Toast Ale a go, buy it online here, and, as always, log in and tell us what you think.