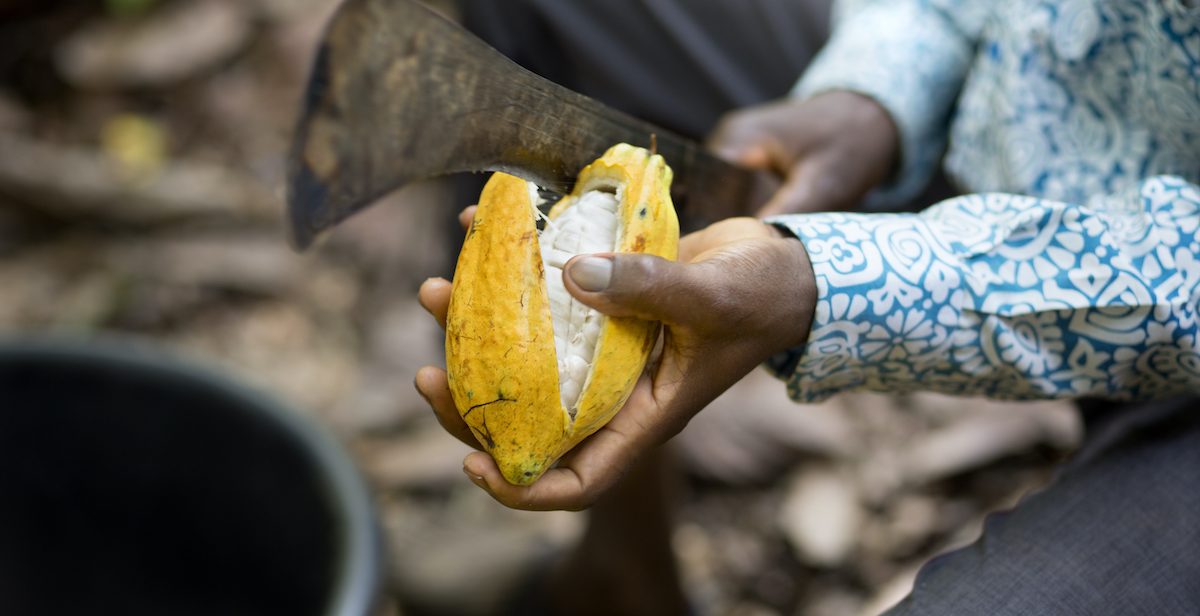 Meet the B Corp fighting to make chocolate slave-free

Have you come across Tony’s Chocolonely? If you love chocolate, you might have been enthralled by the silky smoothness of the melt-in-your-mouth chocolate that comes off the bar in uneven chunks.

And you might have been pleased to find some copycat versions, in, say, Lidl. Chunky, chocolatey, and fairly traded. What’s not to like?

But when it comes to the chocolate industry, things are not that simple. I met Nicola Matthews, marketing manager at Tony’s Chocolonely UK online. “It’s great that Lidl is taking the first steps,” she said, “but it’s not working with the five principles that we believe chocolate companies should adhere to in order to make chocolate slave-free.”

The problem with chocolate

The big problem with chocolate is that, traditionally, the people growing it have been the ones to profit least. It’s in the big corporations’ interests to keep prices “inhumanely low,” as Matthews puts it. And the poverty this causes drives a lot of social problems including child labour, poor working conditions, and even slavery.

Because of this, Tony’s Chocolonely has developed five principles to adhere to. And this makes it one of the forerunners in fair, sustainable chocolate. And while companies such as Lidl might be moving in the right direction, they’re not yet embodying each of the five principles.

A different kind of business

Tony’s is one of those new breeds of B Corp for whom there are more important things than turning a profit. And while Matthews acknowledges that there will always be big business, she’s certain that a loud minority is making its voice heard. “We like to think we are the mosquito in the room of the big corporations,” she says.

As part of its mission to make chocolate slave-free, Tony’s has set up an open chain platform. The company invites other organisations to implement the five principles in their own chocolate production: Look out for the Choco Changer to be released in Aldi this spring. Along with German chocolate manufacturer, Jokolade, Aldi is joining Tony’s this year, helping the company triple the amount of slave-free cocoa it bought last year.

“We would never say we were 100% slave or child labour-free,” says Matthews. “Our model isn’t just about auditing,” she continues, telling me it’s really about getting to the root cause of the problem which is poverty.

In the year between 2019 and 2020, Tony’s Chocolonely found 387 cases of child labour in their chain. But far from fretting about the numbers, the company sees this as a good thing, since they then have the opportunity to change things for the better. Two hundred and twenty one of those cases have already been remediated and the company is working on the others.

It’s this kind of transparency that makes Tony’s Chocolonely so respected in the fight to end modern slavery. After all says Matthews, “it’s easy to say there’s no slavery in your supply chain when you don’t look for it”.

One of the good things about Tony’s Chocolonely’s model is that you don’t even need to care. You can participate in the movement just by buying the chocolate. But if you do care, get involved. Sign the petition to end slavery on cocoa farms. And educate yourself on where your food comes from: The more we, as consumers, understand the impact of slavery and child labour in production lines, the more influence we can have on the companies that produce our food.