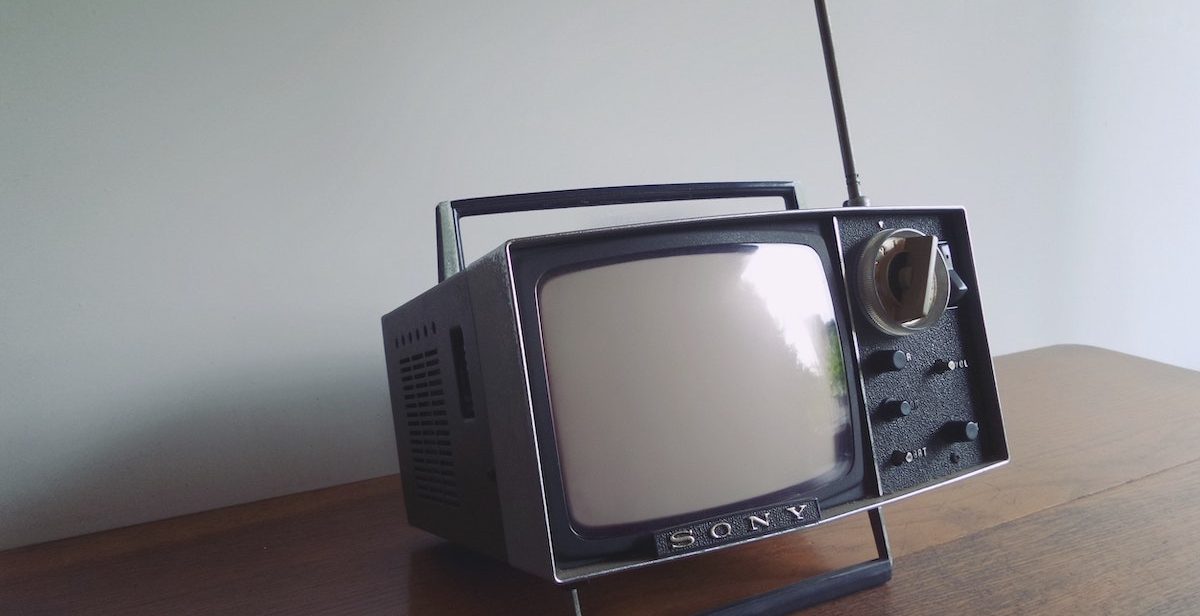 Image by Possessed Photography on Unsplash

By OPOH
In Opinion
7 min read

Richard Francis Allison is a long-term meditator with a background in linguistics. We ought to be questioning the narrative, he says.

As we sat around the fire at night, thousands of years ago, we didn’t use it only to roast strips of meat or keep warm. We allowed the crackling, dancing flames to activate our imagination.

We looked into the flames and up at the stars. Already articulate, we wondered and we talked. And we told ourselves stories.

Nothing transformed things for us in quite the same way as the faculty of speech. Language not only enabled us to plan and to predict. It radically altered our perception.

Stories inhabit our minds. We inhabit the stories. We live them. And they make us what we are.

Few developments since speech have been as momentous as the technologizing of human communications. First came writing, then print, and finally electronic communications and information technologies.

Once we started writing, the narratives of these new scribal societies had a different character from those we had told ourselves in earlier days. They reflected the new economic and political realities, most often justifying them, praising the emperor and telling of his triumphs in war.

Stories critical of the power structure are seldom, if ever, inscribed in stone. They are hushed and unwritten, and so are ephemeral.

The written record, engraved in stone or inscribed on papyrus or paper, is the sine qua non of a bureaucracy. And a bureaucracy is what every powerful monarchy needs in order to implement its will and organise things accordingly.

Written texts enable an ideology to be disseminated widely and assume permanent form. They represent authority in a way spoken words cannot. And, importantly, they keep tally of who owns what, and who owes what to whom.

Once the printing press was in widespread use, things changed again. The authority of the pope could not have been challenged so successfully in Reformation Europe if it were not for Gutenberg’s press with movable type, a revolution in communications technology in the 16th century

Authorities, both religious and secular, used the press to their own ends, of course, and tried to restrict its use. But the genie was out of the bottle. New stories were circulating. And these stories challenged authority.

Now we have electronic information technology and things have changed once again. A new bureaucracy has developed. It’s less human and at the same time more intrusive and pervasive than ever.

Simultaneously, however, new kinds of stories have appeared. There are narratives that re-enforce and consolidate power structures. And there are those that challenge them. But popular entertainments divert attention from both, acting as the new opium of the masses.

On account of the costs of production and broadcasting, the new narratives are largely controlled by a small number of individuals and corporations. The voices of dissent are therefore outside of mainstream media. But they are there, and they are clamouring to be heard.

The stories broadcast in mainstream media impact and shape our psyche in profound ways.

In an age of extreme disparities in wealth, these stories give enormous power to the small number of very wealthy folk who own the media. And such folk do not necessarily have the will or the wisdom to use their power well.

Narratives inform our values and our choices. Those who control the dominant narrative are able to influence not just our shopping habits and political voting. They can influence group behaviour in any number of ways.

Our world is fragmented, plagued by warfare and crises of every sort. Never has it been so urgent for us to question the dominant narratives.

We no longer sit in small groups around a fire, listening to stories told by folk we know personally. We slouch in front of a screen, billions of us in our homes, taking in whatever manufactured narratives are presented as we snack on expensively packaged junk.

Those who own the media now, the ‘one percent’, also own the pharmaceutical companies, the food industries and the weapons industry. They profit from ill-health and military conflict. The stories they tell us flood our homes. And they do all they can to ensure that their profits continue and that the narrative they promote goes unchallenged.

In the present context, where conflict is widespread and seemingly endemic, it is not just particular narratives that warrant sceptical analysis. It is the meta-narrative of competition and conflict and the ‘us versus them’ structure underlying them we need to question.

The military budgets of the most powerful nations are ludicrously inflated. Weapon production is the fastest developing industry in otherwise debilitated economies. Arms dealers and manufacturers move through revolving doors between governments and the industry.

In order to perpetuate the business, conflicts are created and stoked. And narratives of a hostile ‘them’ pitted against ‘us’ proliferate. These narratives flood our communities, our homes and our consciousness via the media.

This Fish Needs a Bicycle

‘They’ may be an ideological enemy, hostile to our way of life and all that we hold dear. Or they may be portrayed simply as power-hungry and ruthless. Most often it is a lurid combination of both. And we fall for it every time, it seems. Those few who question the drama and the character-descriptions are cast as villains who side with the enemy.

Given the multiple crises that beset us right now, it is clear we have to get beyond this sort of childish, black and white narrative.

Not only our leaders, but ordinary folk everywhere need to wake up now from the thrall of this narrative of ‘them versus us’. The story structure is deeply ingrained. No doubt it has been with us, since the advent of language. But now we urgently need to question it.

The story of our species, from prehistory until now, may be seen as an evolution of our systems of communication and information storage. There are other aspects to it too, of course, but it is this which is most central to the whole story here on earth.

It has put us at the centre of things, as the dominant species, and the various planetary crises seem to be reaching catastrophe point largely on account of our dominance.

It is time to grow

We are at a stage right now that we have to outgrow. An unhatched chick has to break out of its shell at a crucial point. A pupa has to burst out of its chrysalis. The chick will perish if it fails to crack open the shell in which it was conceived and nurtured. It is do or die.

The old stories of ‘us versus them’, the stories of conflict, competition and greed as being endemic to human existence; these narratives serve no good purpose anymore. In fact, they are destroying us.

It is not just particular narratives we need to question. It’s the terms in which they are framed. And it is, above all, the meta-narrative of our own separate and privileged existence, whether as an individual, a community, a nation or as a species.

Our present, thought-bound and fragmented mode of existence has become untenable. We need to question the whole myth of separation and rediscover wholeness. This means questioning not only the narratives put out in mainstream media, but those too in ‘alternative’ sites.

To go beyond the argumentation altogether, however, requires we question the whole structure of thought. Thought fragments reality. That is how it works. And again, this requires listening, seeing for oneself how it works; seeing how thought inevitably fragments.

To rediscover wholeness does not mean a return to old certitudes. Quite the opposite. It means embracing uncertainty, knowing that our beliefs are at best provisional. Wholeness discloses itself when the mind is still. It discloses when we are no longer in thrall to thought and the narratives that have colonised our minds.