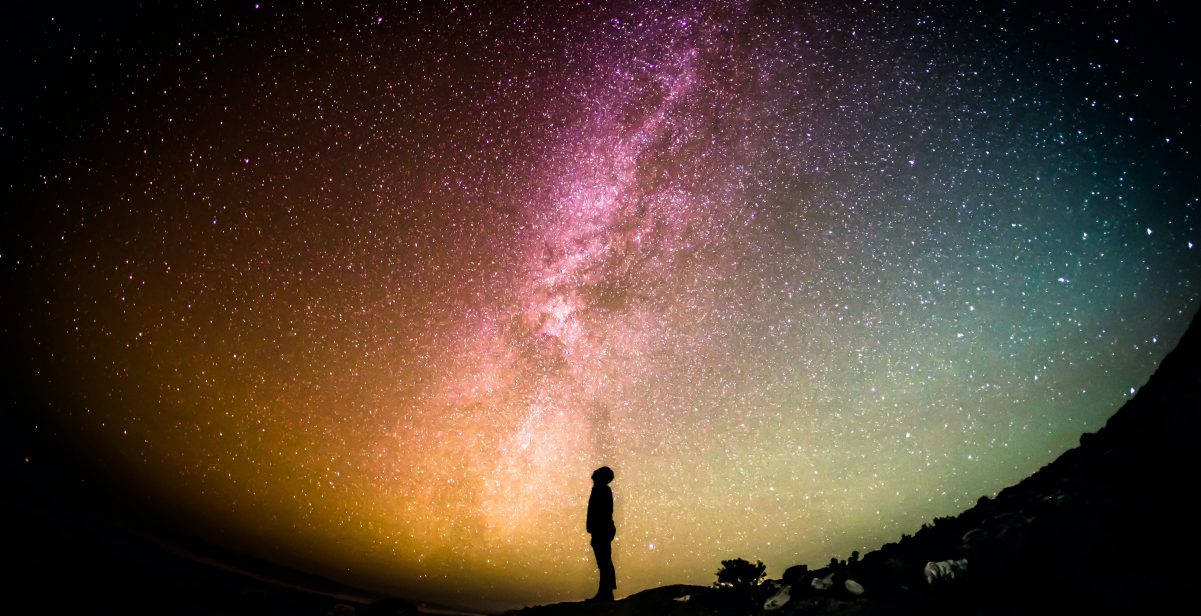 Image by Greg Rakozy on Unsplash

By OPOH
In Opinion
7 min read

This week we hear from Richard Francis Allison, long-time meditator, about what is going on. Are we food for the gods?

How is it that we are so manipulable? By ‘we,’ I mean the great mass of humanity. And the ‘they’ who are doing the manipulation are, of course, the now proverbial ‘one percent’. They are the gods and we are their food. We are what they prey upon. This one percent is nourished and sustained by what we are manipulated into doing for them and giving them.

The outcome of this mass manipulation is easy to see. One way of describing the outcome is the ‘culture of consumerism’. It is a convenient sort of label. But, like any label, it leaves a lot unsaid.

Look at any TV advert and you might believe the folk who inhabit this cultural world are a happy lot. But it is an unhappy world in many ways. It is destructive of human wellbeing and of the environment.

Just like any culture or sub-culture, the culture of consumerism is, at bottom, a symbolic construct. And culture, one should understand, acts as a medium.

Perception depends on the medium through which we see

When we look through a lens, the glass acts as a medium through which we perceive things. If we have rose-tinted glasses, we see a world that is pink. But we don’t see the lens unless something draws our attention to it.

Similarly, the symbolic medium which is the culture we inhabit is largely invisible to us unless we become aware of it. And, like a lens, it is culture that gives us the world we see.

The narratives we live by, the stories we live out in our daily lives, and the thoughts and feelings that dictate our behaviour are not entirely at their command.

But our masters are working on that.

Those who own and control the media feed us the narratives. They give us images and terms. And by virtue of the sorts of narratives we ‘digest,’ unwittingly we make ourselves prey to their manipulation.

Those who practice meditation of any sort, or who attempt to do so, soon realise that the internal monologue is almost unceasing. There is an almost endless stream of thoughts passing through our minds.

Mostly we remain more or less unaware of this stream of thoughts, words and associated images. But they engender moods in us. And from time to time a particular image may come to the forefront.

It is not enough that we occasionally want some specific item. In order for the media to manipulate us, we, the consumer public, need to feel that we ourselves are wanting; that we are empty, and that we need something to fill that void.

There has to be a generalised sense of want. Then we are easy prey.

The overarching narrative promulgated by many of our governments, on the other hand, is one of threat. We people are more easily governed if we are isolated as individuals and vulnerable to the many threats presented to us, at least if we feel ourselves to be so.

Threats of economic hardship, health-threats, the threat of invasion of some sort or another, or the threat of punishment. It doesn’t really matter what. A frightened population is what our masters need.

So the experiment in social engineering that is mass-communication has done it for them. It has produced a population of frightened and wanting, isolated individuals that are easily manipulated, easily exploited and easily deceived.

The process of socialisation

The process of socialisation as a whole is one of imbibing and digesting a multitude of symbolic constructs and of making them one’s own. In becoming initiated in this way into the communicative community, a child will take on board a particular understanding of reality.

A crucial part of that understanding is her sense of who or what she is in the scheme of things. The world, now that she is socialised, is not merely the world as given to her by her senses. It is a world structured according to the categories of language, broken up into discrete things and events.

Her perceptions, and not merely her verbalisations, are shaped by the language she has internalised. She perceives the world through the symbolic medium of her tribe’s culture, and she is (ordinarily at least) quite unaware of the fact.

The images and more complex symbolic constructs to which the child is exposed subsequently add to this already internalised symbolic medium and re-orders it in sometimes profound ways.

Her experience of formal education does not merely teach her more about the world—its geography, its history and so on. It in effect recreates her world for her. Similarly, the media recreates the worlds of those exposed to it.

Were the institutions of education and the media to be controlled by enlightened and benevolent beings, the changes might be healthy. But such, alas, is not the case.

Imagine, if you can, a child growing up in a more or less traditional village in a relatively peaceful part of the Buddhist world. If you have visited such a place it will make this imaginative exercise easier. But if you haven’t, no matter.

The culture of this child’s immediate family and of the general social environment is one which encourages social harmony. It discourages egotism. This is the legacy of the teachings of the Buddha and subsequent teachers in the Buddhist tradition.

The child’s family may not be saints. They may not be learned in Buddhist lore and scriptures. None of the family members may be actively seeking enlightenment. But the culture as a whole is imbued with values that flow directly from the teachings of the Buddha regarding the ending of sorrow.

The clash of cultures

The exposure to twenty-first century social media is likely to be highly disruptive in such a community. The world that is presented to the child by the media is one whose values and traits are in many important respects diametrically opposite to those of a traditional Buddhist community.

It is likely to be a rather more conflictual world, in which competitiveness and aggression are in fact encouraged. And whereas the traditional cultural environment fostered a sense of contentment, the shiny but ugly world presented by the media fosters discontent.

Those who own and control the media do so for profit. And it profits them to create a global population of alienated individuals who suffer from anxiety and above all from want.

It is the media’s mission, not to help people come together (as they like to pretend), but to create a world of malleable consumers on the one hand and of wage-slaves on the other.

What can we do about it?

I am not suggesting we turn the clock back to some idealised past before TV was invented. But I am suggesting that we minimise our use of social media and our exposure to ‘the media’ more generally. In fact, I would suggest taking a holiday from it every now and again if possible.

Perhaps more importantly though, I am suggesting we all need to be aware of how very easy it is for those who control the media to control us. We should be alert as to how that is done through the images and narratives which now flood our homes and of course our psyches via the media.

I would also suggest we learn to be sceptical of much of our own internal monologue. For the most part, it really is not our own. In an age flooded with media images, few of our thoughts are healthy. Few of the narratives we tell ourselves and the narratives we live out as wage-slaves and consumers contribute to the human good.

Besides shunning the media as far as practicable, I would recommend the practice of stilling the mind and of learning to distance oneself from the stream of images and thoughts. I would recommend opting out from the culture of consumerism and, if possible, from the monetary economy more generally, learning instead to grow food, to mend things and to be contented living a simple life.

We might well find that we are happier and healthier that way. The food we grow ourselves, organically, and that we prepare with our own hands with care and love, is food that is fit for gods.

Still the mind, practice equanimity and compassion, and we discover the divinity that resides, in fact, in all of us.