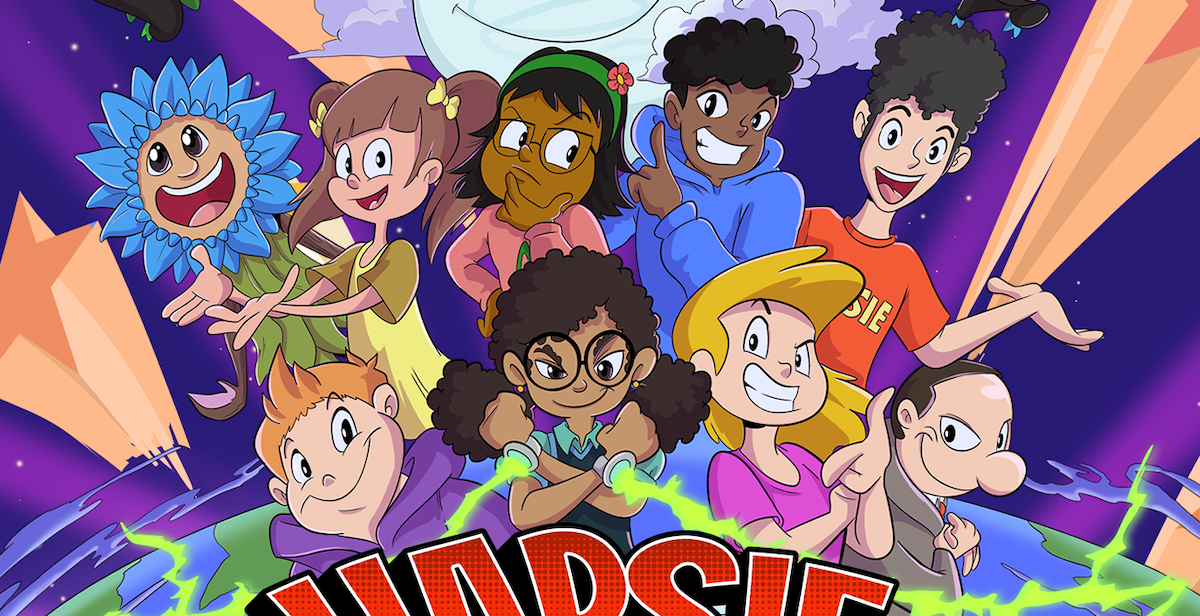 Speak to almost anyone involved in environmental activism or sustainability and you’ll hear a common sentiment. The Zoomers (those born between the mid-90s and the early 2010s) are doing great things.

Coming of age into a digital world defined by climate change, Zoomers are standing up and claiming their stake. “Look what the younger generations are doing naturally in respect to changing things,” says Bertie Stephens, co-founder of renewable energy company, Clean Planet Energy.

Liv Sinclair, marketing manager for B corp, Doisy & Dam agrees. “I’m so excited about the generation below,” she says.

We need to educate the children

But soon this generation will start having children of its own and it’s time to take the social messages to the youngest of earthlings.

Stephens believes that change only happens through social messaging and communication. And he has hope for the future. That’s why Clean Planet Energy has launched Hapsie, a print and online comic book with environmental education at its heart.

Stephens and his colleagues want the children of today to grow up supporting—and being part of—their mission to eliminate fossil fuel usage and create a world in which plastic is not wasted.

Delivering a new story every day, Hapsie promises to entertain and educate children and adults alike.

Through characters such as Naeco and Rio (representing the ocean and the air), Elli Ment, Ignorant Ike, and Cunning Carly, readers learn about the environment and how to respect it.

It’s colourful, informative, and just a little bit silly, which was exactly the aim. “The characters all look at the world from different perspectives,” says Stephens. But the thing they all have in common is that they are helping shape awareness.

To continue the great work the Zoomers are doing, we need to educate children now to create lasting change for the future. Read Hapsie for free online here. Or subscribe to receive two fun-packed print editions a year and get a tree planted in your name.