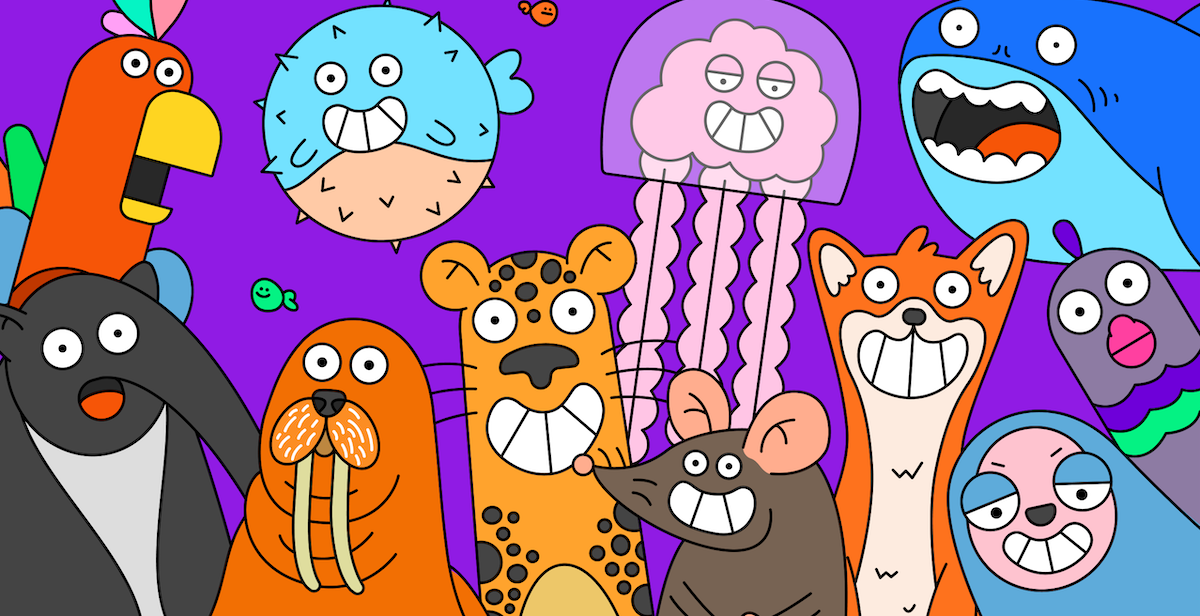 Earth Cubs: the new eco-app teaching kids about the environment

“I always wondered how games involving killing and destroying could be so engaging to kids,” says Toby Hunt, creator of a new app that teaches children about the environment. “I wanted to do something different,” he continues. “So I created a story around saving the world that would impact my kids and the planet”.

He and some friends came up with Earth Cubs. Earth Cubs is an interactive eco-app crammed with games and videos that says it’s inspiring the next generation of global citizens.

The app for kids is completely free. Users get to create their own earth cub character and explore some of the world’s most diverse environments. Each environment comes with a pack of curriculum-aligned-teaching resources written by teachers. And, as kids move through the environments, they earn badges that plant real trees for free.

“We want to unite parents and teachers to help inspire kids, says Hunt. “And we also want to rope in organisations”. Having already partnered with projects such as World’s Largest Lesson and Rainforest Trust, Earth Cubs is well on track. So far, the environmental teaching materials have been downloaded 50,000 times and the app is getting 2,000 downloads a day.

“Looking at the research, it’s obvious that early years are the most formative years,” says Hunt. He and his colleagues want to inspire a love for the world in youngsters. And they hope that it will encourage them to want to learn more later in life.

It seems to work. Hunt’s kids (aged three and five when Earth Cubs started) have been involved since the very beginning. They have a say in every single decision and are constantly reminding their parents that ‘a good earth cub turns off the lights’ or ‘a good earth cub doesn’t leave the tap running’.

Earth Cubs encourages parents and teachers to support local causes around the world. And by donating small amounts of money to environmental organisations, new interactive areas open up, teaching kids about the environment in those parts of the world.

Aside from nature, another of this eco-app’s main themes is comparative schooling. Kids discover how children learn in other places of the world, hopefully building empathy and respect for others.

But how can an app that encourages screen time really be the answer to reconnecting with nature?

“Encouraging children to use an app on a screen to promote interaction with nature is contradictory,” says early years teacher, Carol Parsons.  “Children won’t learn about the importance of nature through a screen; they need to be out in it!”

Hunt agrees that he doesn’t want his kids spending all their time on a device. “But technology isn’t going away,” he says. “Kids are going to be online both at home and in the classroom, and the Earth Cubs messaging is all about getting outdoors and spending time in nature”. Hunt thinks this is much better than a lot of other stuff kids do online.

So, while Earth Cubs can never be the whole answer to the world’s problems, perhaps it can be a part of the solution.

What’s next for Earth Cubs?

Although most users are in the UK at present, the Earth Cubs app is already being used in 42 countries. North America is next on the list, and Earth Cubs is well on its way to becoming a B Corp. Committed to giving away at least 20% of their revenue, Hunt and his colleagues want Earth Cubs to become a movement for positive change.

In partnership with Earthly, Earth Cubs plants trees as part of its mission to create a better world. “Everything has a local and global impact,” says Hunt, “and I want my kids to know that”. So, are you an earth cub? Try out the app here and let us know what you think.