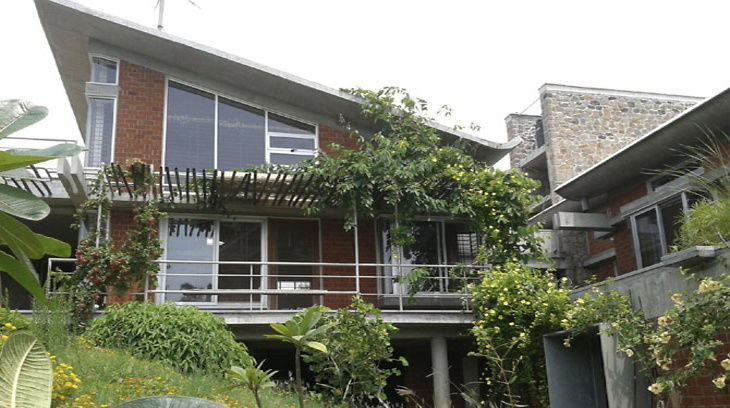 ECO House Surat: One man’s mission to change the way we live

By OPOH
In Features
1 min read
Grey & Black Water
Grey water is used water from your bath, sink, and washing machine. It is relatively clean and needs far less treatment than the black water from your toilet. Black water can be reused, but must go to a settling tank before being cleaned through a system of reedbeds. While grey water, once clean, can be used on crops, filtered black water should only be used for watering trees or non-edible plants, or for flushing toilets.

Imagine flushing your toilet with grey water from the washing machine, living in a home surrounded by green shrubs and trees rather than electricity cables, and waking up to the gentle hum of wildlife.

That’s exactly how environmental activist, Snehal Patel from Gujarat, India, wakes up every morning. Patel’s home, Eco Farm Surat, is a concept he came up with not only to live in, but also to educate local children on how to live more in harmony with nature.

When the home was built just over 20 years ago, the 1600m² patch of land was barren. Now it is home to over 600 trees. Many of the 120 different local varieties were planted specifically to attract birds, butterflies and bees. The rate at which biodiversity has begun to thrive on the farm is particularly inspiring in these times of deforestation and degradation. In India, as in other parts of the world, the illicit felling of trees has negatively affected soil quality, biodiversity and microclimatic conditions.

Patel’s home reaches a degree of self-sufficiency many of us can only dream of. A battery bank stores energy produced by the solar panels and wind turbine; rainwater is captured and put through natural cleaning tanks for use in the house, and bathwater passes through reedbeds on its way to water the garden. Even black (dirty) water from the toilets is settled and re-used on the trees.

The house has many ingenious features, including a sloping roof that keeps the hot Gujarat sun out of the house during summer, but allows it in over the winter. Fans suck in cool air from the garden and push the hot air back out. As far as possible, the house and its features are made from locally sourced often salvaged materials.

How does this relate to me?

If all this sounds a little hard to achieve for an urban city dweller, don’t be disheartened. There are plenty of ideas in this home that we can carry into our own lives.

Dash Water: The B corp using wonky veg to combat the issue of food waste

Whether it’s converting to LED lighting, using a solar water heater or harvesting rainwater in the garden, Patel’s home can serve as an inspiration to us all.