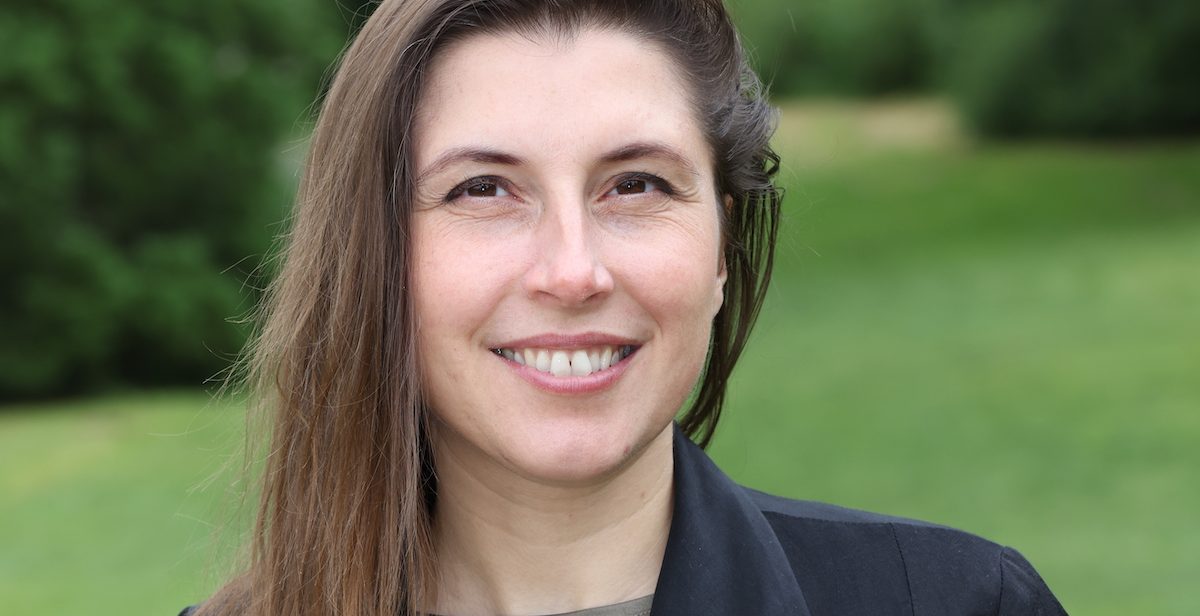 “The converging crises of our time all arise from a common root that we might call Separation …Separation is woven into every aspect of our civilization. It is also unsustainable: it generates great and growing crises that are propelling us into a new era, an age of Reunion”

So starts Charles Eisenstein’s book, Sacred Economics. This book hugely influenced Rachel Sheila Kan and was gathering dust on my bookshelf until our conversation last week.

In it, the author argues simply that we live on a naturally abundant planet. But he goes on to outline our systems, describing how they are based on scarcity and competition.

That Rachel should be inspired by such a book is no surprise. Having spent more than two decades in the fashion industry, the designer knows very well what separation looks like. Unsustainable water usage, high emissions, poisoned rivers, dangerous factories, modern-day slavery and exploitation.

During her career, Rachel has worked directly with factories, designers and supply bases. And she spent three years as head designer for girlswear at Woolworths. “But as I went through that system I saw the scale of everything and it felt overwhelming,” she says.

The 2008 recession saw Rachel move into design management. The new role had her making frequent trips to China’s vast markets. “Each shop had a book of tiny swatches. But I knew each swatch was linked to roles and roles of fabric waiting somewhere in a warehouse,” she says.

Rachel was only buying 300 pieces a time. But her experience at Woolworths had taught her the big brands were buying 16,000 pieces or more. Seeing such huge overproduction with her own eyes had a lasting impact. “I just felt sick,” she says.

A move away from fast fashion

Thankfully, the modern fashion industry seems to be moving away from the concept of fast fashion at a staggering pace. From circular fashion and sustainable textiles to deadstock, pre-loved and biodegradable, there are many buzzwords in the newly burgeoning sustainable fashion industry.

And it makes sense. During the industrial revolution when steam power, generators and combustion engines were new, great thinkers of the day saw everything as machinery. Doctors and scientists reduced the human body down to its constituent parts. And society itself was mechanised.

But today’s great thinkers are looking backwards, not in order to move in that direction, but simply to take some of the lessons back that we lost along the way. In my line of work, I’m privileged to be able to speak to a new generation of company founders. And I hear the same things being said time and time again.

The people I interview speak of collaboration and thriveability in the same way traditional business owners spoke of competition and growth.

But can fashion ever be sustainable? Rachel’s reply is swift: “Not within the current model. You can’t apply sustainability to a system that’s set up for growth”.

She continues: “No one tree can be a forest alone”. And it’s not an empty metaphor. Rachel has been showing me her plan for a new business model. She’s drawn a forest in which each tree is an industry. There’s a tree for shoes, another one for kids’ clothes, one for lingerie and a tree for sportswear. The trunks are the designers and middle people. And the roots are the factories, mills and the people who create the textiles.

Fashion based on the workings of a forest

To understand this vision, it’s important to understand how trees operate. We live in a world shaped by Darwin. His outdated view was one of competition. He thought that birds and animals vie for food and trees compete for nutrients. But we now know that’s not how nature operates.

In fact, trees communicate through vast networks. They share nutrients and water. And they do this via huge highways of fungi. It’s a symbiotic relationship. Fungi exchange water and nutrients from the soil for sugars created in the plants.

The point is this: nature is not in competition with itself but is an endlessly organised collaborator. Learning this is what motivated Rachel to consider structural change from the bottom up.

Looking for a career in sustainability?

The Ecosystem Incubator is Rachels’ answer to how we create structural change. It’s a collaborative system in which small brands and other fashion players can work together.

Rachels’ idea, inspired by the likes of Charles Eisenstein, is that money can become like a flow of nutrients that funds projects from within.

Trees are nothing without their roots. And, as in nature, in Rachel’s tree analogy the roots are just as essential to an industry as the branches.

Reading about permaculture and regenerative farming helped her come up with her forest idea. And she took huge inspiration from books such as Reinventing Organisations by Frederick Laloux and Regenerative Leadership by Giles Hutchins and Laura Storm.

As Rachel talks me though the current system, there’s a thing she says several times. “It’s not wrong. It’s just the way it is”. And that’s how she’s moving into the future: without blame, but with a vision. Rachel understands that she doesn’t need more than her share and says: “The main goal is for everyone to have that thriveability”.

The Ecosystem Incubator is a space for sustainable fashion professionals to collaborate. The vision is the sharing of nutrients or resources and regenerative leadership. And while Rachel is under no illusions that whole system change will happen overnight, she understands the importance of bridging. “We’re facilitating the journey for others,” she tells me.

If you’re in the fashion industry and are wondering how to make your business more sustainable, you can join the Ecosystem Incubator for just £10 a month.

But even if you’re not a fashion professional, Rachel’s site is well worth checking out. Her podcast is a wellspring of information, as long as you’re prepared to have your brain pulled in all directions at once.