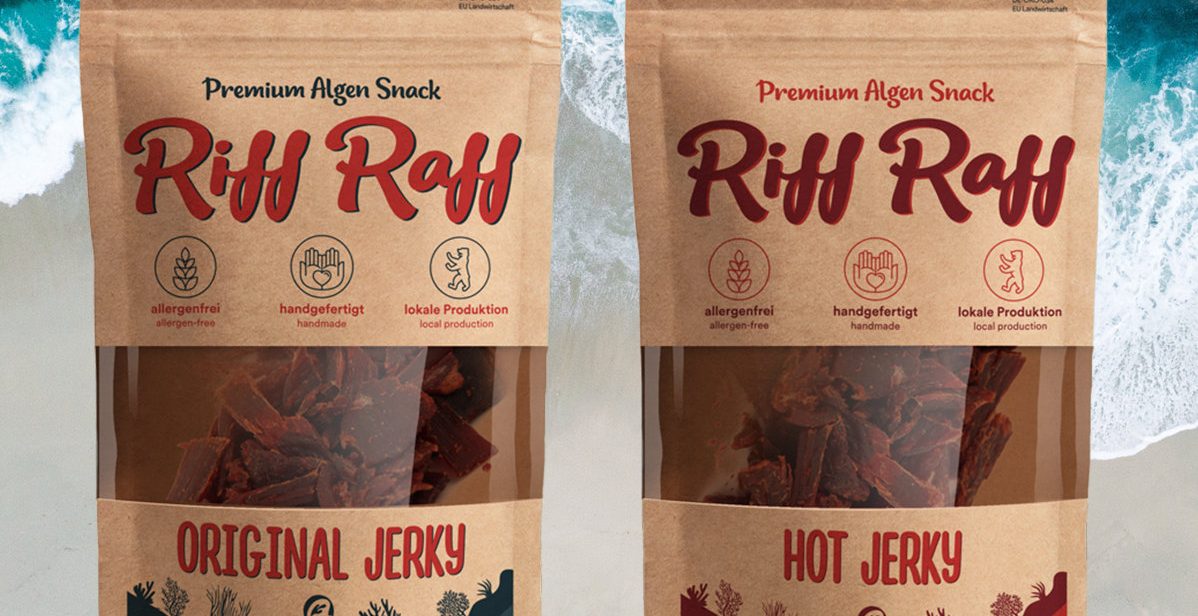 By OPOH
In Reviews
1 min read

Chewy beef jerky is definitely not vegan. But it’s a supermarket favourite for those who love meat. Gym-goers, protein freaks and weight-watchers alike choose this calorie-light, carb-free savoury snack. But until now there has been no option for vegans.

We don’t often hear the words ‘vegan’ and ‘jerky’ in the same sentence. But a German startup company hopes to challenge the status quo with their seaweed-derived algae-based meat substitute. They claim it tastes as good as dried beef.

Based in Berlin, Alvego make the new Riff Raff vegan jerky from seaweed and algae grown in their certified organic tanks in Brandenburg. The meat-like snacks are naturally low in fat and carbs. And they are also high in fibre and minerals including iodine, vitamins A, B and E. Rich in iron and antioxidants, algae is hailed as the food of the future

But dried microalgae-based jerky isn’t new. Centuries ago, Vikings ate a form of it on their maritime raids. Now the creators of Riff Raff are hoping to inspire a new generation.

Meat is expensive to produce. A cow eats 8kg of wheat for every 500g of steak it produces and thirty-four percent of the world’s grain goes to animals each year. Obviously this puts a huge strain on the planet’s resources.

Rearing poultry and cows is resource and energy-intensive. It devastates rainforests and contributes to global climate change. By 2050, the world’s population is forecast to rise to 9 billion people. But our appetite for meat isn’t getting any smaller. That’s why Alvego’s sustainable and ethical approach to creating meat-like alternatives is a welcome development. It could help fulfill our hunger for meat.

Glasses made of coffee: skinny eyewear to go?