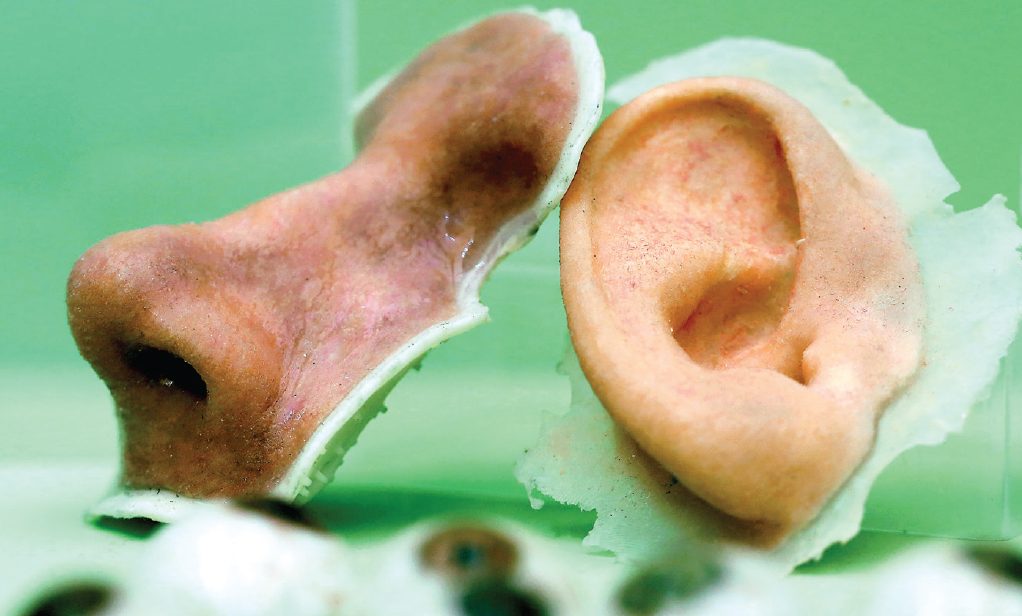 Lab grown feet? 3D printing organs to order may be a few steps away

In a world where a single somatic cell is enough to create a clone of an entire organism, artificial organs are not only conceivable but logical. Although a staple of popular science fiction, being able to ‘print’ human organs has barely left the cinema screens. But recent advances suggest the idea of a machine printing an organ layer by layer is no longer so far-fetched.

Researchers have been working since the 80s on 3D printing technology and it has gradually become one of the most quintessential tools in STEM fields. It has evolved from being a way to create toys, tools and prosthetics to being a new means of creating human organs.

A team of bioengineers at the Wake Forest Institute of Regenerative Medicine in Winston-Salem, North Carolina, have developed a procedure for growing viable tissue and organs with the aid of 3D printing. Utilizing a bioreactor, they have managed to replicate a patient’s cells from a small piece of tissue or skin graft.

Once they’ve generated enough cells to grow an organ, the scientists mix biochemicals and growth promoters that encourage the cells to form an organized extracellular matrix. This matrix serves as the scaffolding that helps to create the shape of the final structure.

A 3D printer then produces malleable hydrogel polymer strands that can be manipulated to mimic the desired organ. The cells from the bioreactor are sprayed onto the structure in layers — a process very similar to that used by current plastic-extruding 3D printers.

The layers of cells, biochemical proteins and 3D printed scaffolding are then incubated in an environment that matches the conditions of the human body.

Life as we understand it is growing in small ovens all over the U.S. What used to be the stuff of science fiction is rapidly becoming reality. 3D printed ears have already been transplanted onto children whose ears were underdeveloped due to birth defects, and a 3D printed bladder is still going strong today.

Can we 3D print a heart?

Researchers have yet to master the intricate vasculature that would allow artificial organs to be integrated into the body’s circulatory system, meaning a lab-grown human heart is still some way off. But with millions of dollars being poured into research around the world, it wouldn’t be surprising to see rapid progress being made with advanced organs such as the heart — or even brain.

3D printing organs raises many ethical questions. Can you replace ‘old’ parts with ‘new’ as a purely cosmetic procedure? Could you live forever as a result? Where should stem cells be harvested from? Would powerful people rebuild themselves to stay powerful forever?

But there are many positives too: Animal testing could be reduced as could potentially dangerous human trials. And transplanting printed organs is far more likely to succeed compared to transplanting donor organs, since the patient’s own cells are used as part of the printing process.

3D printed artificial organs will transform the way transplants are carried out. According to the United Network for Organ Sharing (USA), over 113,000 people are waiting for an organ transplant, with someone new being added to the list every ten minutes.

Organ harvesting is a very real and reprehensible phenomenon caused by a shortage of human organs and surging demand. 3D printing could put an end to such crimes.

Once this technology has been perfected and the myriad of legal and ethical issues resolved, clinical trials will take place to ensure the safety and functionality of the artificial organs.

Solid shampoo: Is your hair ready for Solidu?

It takes between four and six weeks to generate a healthy replacement organ, which could mean the end of multi-year waiting lists for patients receiving expensive dialysis while awaiting a kidney, or a renewed chance of rescuing life from death for a terminally ill cancer patient.

Patients with artificial organ transplants won’t have to deal with a lifetime of immunosuppressive drugs to keep their bodies from attacking the transplants. And they will likely heal much faster with fewer side effects.

Artificial 3D printed organs will transform the lives of these patients by providing them with new and improved personalized organs that are cost effective and built to last.

Is it too soon to imagine people walking around with lab grown ‘cybernetic’ 3D printed organs in their bodies? If research breakthroughs continue at their current pace you could soon be standing next to a person at the checkout with a computer driven printed eyeball and you wouldn’t notice a thing.