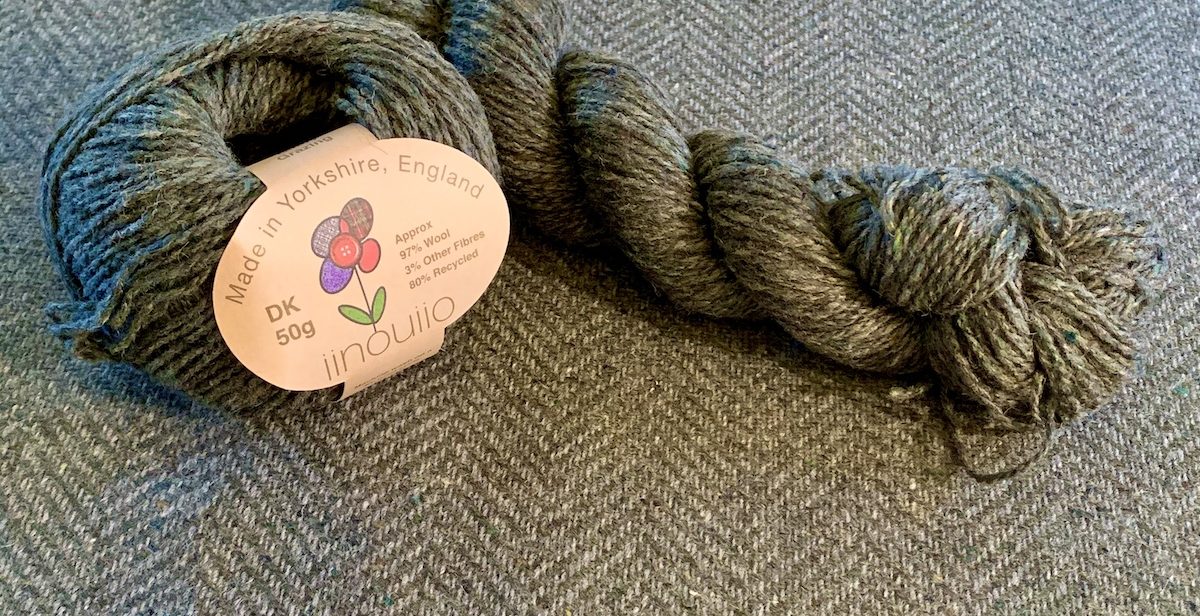 iinouiio. It’s a word that easily rolls off the tongue. But only once you’ve mastered it. And once you discover the history of the company, that kind of makes sense. After all, this textile recycling initiative’s connection with circular fashion goes back two hundred years before circular fashion was a thing. And in those days, recycling made sense. But only to those in the know.

In the early 1800s, the recycled wool trade was booming in the UK. But hardly anyone knew about it. No one spoke of circular fashion, regenerative systems or even textile recycling. People saw second-hand clothes as dirty, hence the secretive nature of recycled wool.

In the small Yorkshire market town of Batley at the beginning of the 19th century, Benjamin Law discovered a way of making spun wool pay more. He began shredding old wool and spinning it with new fibres, selling the wool at a lower premium than any of his competitors, and unwittingly starting circular fashion and revolutionising Britain’s textile industry forever.

Benjamin’s story is a sad one, ending with him losing a son and having his ideas stolen. He died a broken man, but the tradition of circular wool lived on. Reused wool though, also known as shoddy wool, was kept secret for a long time.

Now one man has decided it’s time to share that secret. John Parkinson has memories of the shoddy wool trade in West Yorkshire stretching back to his early childhood. John’s father would take him from factory to factory as a toddler, and he spent free days sorting through post-consumer waste, organising wool into colours. When he left school in 1977, moving into shoddy manufacturing was the obvious thing for John to do.

Until his mid-30s, he’d only ever worked in textile recycling, making fibres for the wool trade. But even then, far from having the trendy, ‘we care’ reputation circular fashion has now, shoddy wool was something to be kept hidden. The wool mills were in on the secret, and they weren’t talking about it.

From clandestine to transparency

John kept working in the textile recycling industry until the early 1990s. By that time, people had stopped using so many natural fibres. Companies had started taking their business overseas. Fast fashion was booming. And it seemed that the shoddy wool trade had died.

Strangely though, this coincided with the sudden recycling explosion. All at once, people were talking about sustainability. Recycling had become cool. So John and colleagues moved into sustainable fashion, experimenting with recycling synthetics, hemp, silk and other fibres until the downturn of environmental issues during the economic crisis of the mid-90s.

iinouiio stands for it is never over until it is over. It’s a fitting name for a company built on the foundations of such a long heritage.

Having moved into education, John never thought he’d be going back into shoddy wool production. It’s thanks to his daughter, Jenny, that iinouiio came into existence. She encouraged him to see the world was finally ready to hear about circular wool. And in another example of circularity, it was Jenny who, aged seven, had drawn the picture of the flower that was to become the outline of the iinouiio logo years later.

After doing a lot of reading, John realised he must be one of the few people left in the country who knew anything about the old ways of recycling wool. While there are still people spinning and weaving in the traditional ways, rag sorting is a forgotten art.

I meet John online to discuss his new project. “I didn’t need to do this at my age, but this is one last chance to do something special and maintain the heritage of this amazing craft for future generations,” he says.

Try these sustainable products for your home: Eco-friendly goodies by ecojiko

He continues: “It’s great from an environmental point of view, but also from a wonderful ancient craft point of view. It’s also about celebrating and showing pride in the area. There’s a heritage there”.

Are natural fibres better than synthetic? I put this question to John. “Wool is a product that’s meant to be in the natural world,” he tells me. “Synthetics are just putting microfibres into the atmosphere and into the sea. And we’re ingesting them. Until there’s a solution to that, we’re better off working with natural products”.

iinouiio couldn’t do it alone. And that’s why it’s such exciting news that Camira Group has just taken a majority stake in the initiative. Camira Group is a leader in environmentally friendly textiles. Its new partnership with iinouiio follows its success in blending wool with nettle, hemp and flax, and making textiles from ocean plastic waste.

Having been awarded a grant of £165,000 by environmental charity, WRAP, iinouiio will set up a textile reprocessing line, using state of the art machinery to turn used wool and cashmere items back into fibres. I, for one, can’t wait to see the gorgeous new products made by these fibres.

iinouiio also won an award from the Business of Fashion, Textiles and Technology (BFTT) on behalf of Innovate UK. An extensive support package including mentoring from leading academics, business advice and hands-on creative assistance will help iinouiio reuse textiles that have traditionally been difficult to recycle.

To hear John’s full story, check out the Eco Incubator podcast. And to get your hands on some lovely recycled wool, check out iinouiio’s stockists.