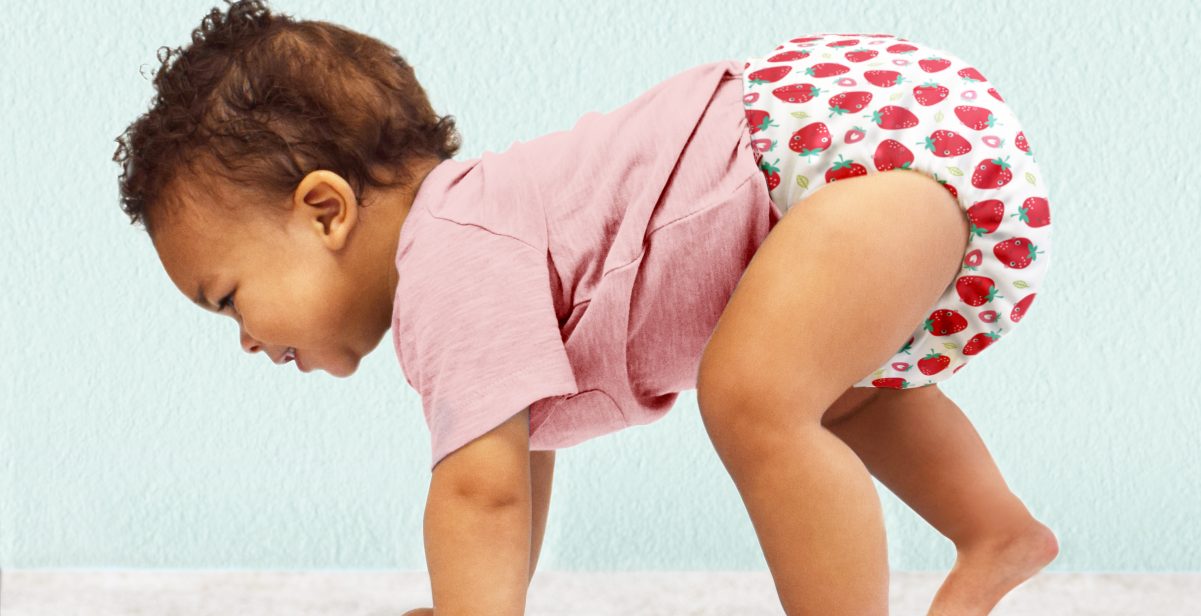 Back in the 90s, long before sustainability was a buzzword, Guy and Jo Schanschieff were spearheading change in the world of nappies. And almost 25 years after launching their reusable nappy business, Bambino Mio, they say they are proud to live in a country in which more sustainable nappy use has increased tenfold.

While only 3% of parents had tried reusable nappies when Bambino Mio launched in 1997, more than 30% have tried them now. Bambino Mio reusable nappies are award-winning, chemical-free reusable nappies that help parents reduce plastic use. But in the UK, parents still throw away around three billion nappies and 11 billion wet wipes each year. There is clearly still work to be done.

The problem with nappies

Disposable nappies are unarguably convenient. After all, new parents may feel they have enough to do without worrying about laundering nappies night and day. But plastic nappies can take up to 500 years to decompose. And that’s not even the worst of it. Conventional nappies contain synthetic compounds and chemicals such as dioxins (which are carcinogenic) and tributyltin, a biocide that disrupts our endocrine systems and poisons marine life.

Aside from the environmental concerns, babies wearing conventional nappies tend to use them for longer than those using reusable nappies. Then there’s the cost. Parents spend more on disposable nappies and taxpayers pay for their collection and disposal. There are many reasons to choose sustainable nappies.

So why not use biodegradable nappies?

Biodegradable nappies are certainly a tempting option. Just as convenient as conventional nappies, biodegradable ones are designed to be used once then thrown away. The idea is that they don’t have such a devastating environmental impact as old-fashioned plastic nappies since they are made from more natural materials.

But the question of biodegradability is complicated. Even the best biodegradable nappies contain elements of non-biodegradable materials, such as polyethylene. What’s more, to break down, materials need oxygen exposure, something that’s difficult to create on a landfill. And if they do break down, “they just break into small particles,” says Guy Schanschieff. They don’t really decompose.

How does Bambino Mio help?

It’s almost as though the Schanschieffs were destined to steer consumer interest in reusable nappies. In India on a world trip in 1991, the couple met an American who spoke about nappy laundry services in the US. The idea of more sustainable nappies wedged in the then childless couple’s minds and began to weave itself into their lives. In Nepal, the topic came up again. And when they arrived in Australia, they noticed nappy laundry service vans whizzing through the streets of Sydney.

On their return to the UK in 1992, the couple experimented with a sustainable nappy laundry service. But they spent a lot of time talking to customers and by 1997, they’d had a better idea. Bambino Mio was born. “There is a huge demand for cost-effective solutions that work,” says Schanschieff, “and that is why we are here as a business”.

Is a low-impact baby a possibility? The Nappy Lady thinks so

More than a simple nappy retailer, Bambino Mio actively campaigns for change. It is a leading member of the Nappy Alliance, a coalition of reusable nappy providers that ensures nappy issues stay at the top of the agenda in both the public and private spheres. “There’s so much doubt in society,” says Schanschieff, “but our product is sustainable; it has a big impact”.

The future for sustainable nappies

The average baby gets through 4000 disposable nappies, plastic consumption that’s comparable to throwing away seven plastic carrier bags every single day. In the fight against single-use plastic production, Bambino Mio is passionate about giving sustainable solutions a voice.

In 2019, the South Pacific Ocean nation of Vanuatu became the first country to ban plastic nappies. It was a necessary action to tackle pollution. But it was in danger of leaving parents with few alternatives. That’s when Bambino Mio stepped in. The company now works with a local social enterprise, helping them manufacture reusable nappies, and lending their support and expertise. So, each time you buy a Bambino Mio reusable nappy, you are helping this project continue.

Can babies be more sustainable?

“We can’t be the leaders in this area,” says Schanschieff. “You need that demand from much bigger companies”. But there’s only one way that demand will come, and that’s through consumer education. So for a baby with a greener footprint, check out Bambino Mio’s array of funky patterned nappies here. Or, for an even more sustainable solution, look out for second-hand ones online.