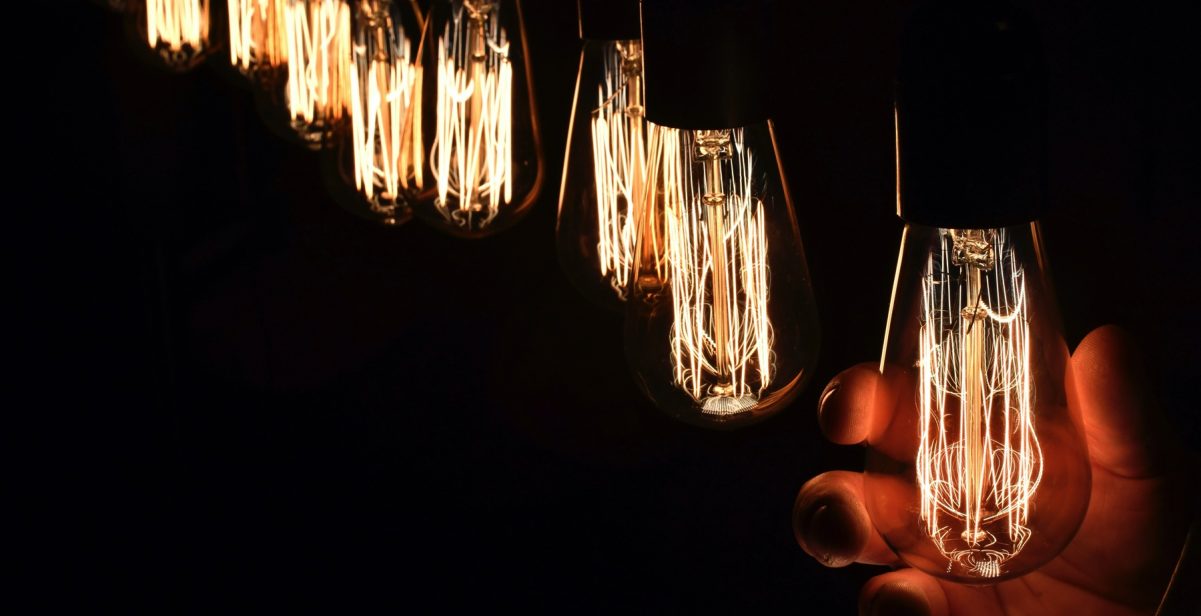 LED lightbulbs: Spark a change in your life

By OPOH
In Guides
4 min read

When thinking about how to electricity, the first thing that probably springs to mind is switching off the lights when you leave a room. But with the advent of cheap, energy-saving, LED lightbulbs, the energy-saving dynamic has changed.

LED lightbulbs consume significantly less energy than the old fashioned incandescent or halogen ones. And not only do they last far longer. You can now use them with ‘smart lighting’ options that used to be very expensive.

What are energy-saving LED lightbulbs?

LED lightbulbs differ from traditional bulbs in the way they produce light. Regular, incandescent lightbulbs pass electricity through a thin wire filament. But LED lightbulbs use a semiconductor device that beams visible light when an electric current passes through it.

LED lightbulbs also differ from regular energy-saving light bulbs. These use electricity to energize a gas which then emits ultraviolet (UV) light.

To tackle the climate emergency, many countries have outright banned incandescent lightbulbs and are in the process of phasing out halogen and fluorescent lighting.

LED lightbulbs have been available for home use for over a decade. But due to government intervention, their proliferation in the market has dramatically escalated. Governments around the world are trying to reduce consumer power use and meet their global emissions targets too. LED lightbulbs offer significant advantages to existing bulb technology, starting with the most obvious: energy efficiency.

LED lighting is the most energy-efficient lighting on the market. Ninety-five percent of the energy consumed is converted into light, and only 5% is wasted as heat. And LED lights use far less power than regular bulbs. For example, a 5 watt LED bulb can replace a 40 watt fluorescent light bulb and still give off the same amount of light.

And using less energy benefits the environment and crucially your electricity bill.

LED lightbulbs don’t contain any toxic materials. Fluorescent strip lights, by comparison, contain harmful chemicals such as mercury. This harms the environment when disposed of in landfill. That means using LED bulbs helps protect the environment from toxic waste.

LED bulbs turn on almost instantly when you flip the switch. So, unlike with fluorescent bulbs, you don’t have to wait for a flickering tube while the lights get going. And you’ll need fewer LED bulbs to get the same amount of brightness as fluorescent and incandescent lights. This helps the planet and your wallet.

LED bulbs are long lasting, with a lifespan of 25-30 years depending on the make and how you use them. This is about six times longer than regular light bulbs. And as well as costing less money for replacements, a longer lifespan also means fewer carbon emissions.

Are there any downsides?

When LED lightbulbs were first introduced to consumers in the early 2000s, they were expensive and had a reputation for harsh directional lighting. The soft glow of an incandescent bulb had become part of everyday lives for a century, making the transition emotionally jarring for some and genuinely difficult for people whose health conditions are triggered by certain lighting.

7 Young Climate Activists You Should Know About

For dimmable switches, only specially made LED bulbs can be used, but even then many bulbs do not have the same dimming range of old-fashioned incandescent filament bulbs. Always check the packaging to ensure your LED bulb is compatible with a dimmer switch.

A recent introduction to the market is the beautiful filament style LED lightbulbs which seek to recreate vintage incandescent filament lightbulb styles. They are often used as decorative pieces in their own right with no or minimal light shades designed to accentuate the bulb itself. The light emitted from such bulbs is not designed to brighten up whole rooms. But you can use them as complementary lighting solutions to add mood lighting or flourish.

LED lightbulbs are still significantly more expensive than regular halogen/incandescent bulbs but prices continue to fall. The lifespan of the bulbs now easily exceeds 10 years. And there are now more options that mimic traditional lighting.

A typical LED 5 watt lightbulb costs less than £5.00. And it costs at least 10-20 times less to run than an equivalent old-fashioned halogen/incandescent lightbulb. Over the lifetime of the LED bulb, it is significantly cheaper to own and operate. They are less susceptible to blowing due to power surges which is a constant source of bulb change in older houses.

Mix lightbulbs, a computer and the internet and you get smart lighting. A basic smart lighting system gives you the ability to control your lighting (on or off) via your smartphone or remote control. Modern smart lighting systems are introducing new features all the time. Such features include the ability to create mood lighting, light shows, security lighting, personal preferences for family members. And you can get voice control through home automation systems such as Amazon Alexa or Google Home.