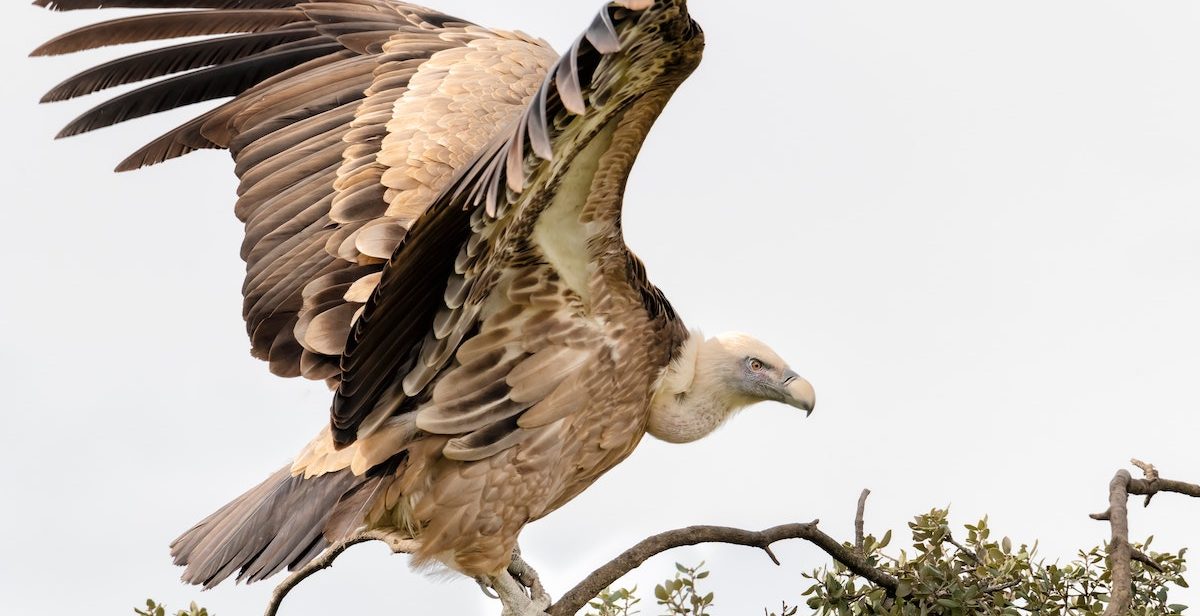 Image by Robert Navarro on unsplash

The first Saturday in September is International Vulture Awareness Day, and this year it falls on Saturday 3rd.

In India, farmers started treating their cattle with the anti-inflammatory, diclofenac, to ease their pain and increase milk production. But some of these animals died of kidney failure. And when vultures fed on the bodies of the fallen, the medication acted as a nerve gas, killing them stone dead.

I first learned of this in Arundhati Roy’s wonderful second novel, The Ministry of Utmost Happiness, and it’s the first thing that sprang to my mind when I learned of International Vulture Awareness Day.

Says Roy: “As cattle turned into better dairy machines, as the city ate more ice cream, butterscotch-crunch, nutty-buddy and chocolate-chip, as it drank more mango milkshake, vultures’ necks began to droop as though they were tired and simply couldn’t stay awake. Silver beards of saliva dripped from their beaks, and one by one they tumbled off their branches, dead.”

It’s a sad tale. But why is it so important? Well, it turns out that vultures are an essential part of our ecosystem.

Yes, vultures are scavengers. But while the word scavenger often has negative connotations, birds such as vultures and carrion crows are essential to our wellbeing. That’s because vultures consume dead animals, eliminating their carcasses and cleaning up for us. This gets rid of pathogens that may otherwise spread disease among people and animals.

Why vultures are important

Since Indian farmers inadvertently killed up to 90 percent of the vulture population, scientists have become more aware of the essential role these birds play in maintaining ecosystems.

Vultures have particularly strong stomachs. They contain a powerful acid that destroys the deadly substances in dead animals. But despite this strength, they’re not immune to poisoning.

Nature is a web, and interdependencies may not be immediately obvious. When India’s vulture population was decimated, another unforeseen consequence was that the feral dog population exploded, getting fat on the excess food lying around.

Subsequently, around 50,000 people died from rabies. An essential part of the web had been broken and it couldn’t be fixed with sticking plasters.

Vultures in the UK

If you want to see vultures in nature, the UK is not the best place. Since there are rarely big animal carcases lying around, there is not much for vultures to feed on.

But that doesn’t mean you can’t get involved in International Vulture Awareness Day.

Based in Hampshire, the Hawk Conservancy Trust is marking the day with flying demonstrations and vulture-themed activities. There will be a carrcass feed at the Gauntlet Bird of Prey Eagle and Vulture Park in Cheshire. And Thirsk Bird of Prey Centre and Banham Zoological Gardens will also be putting on workshops and other activities.