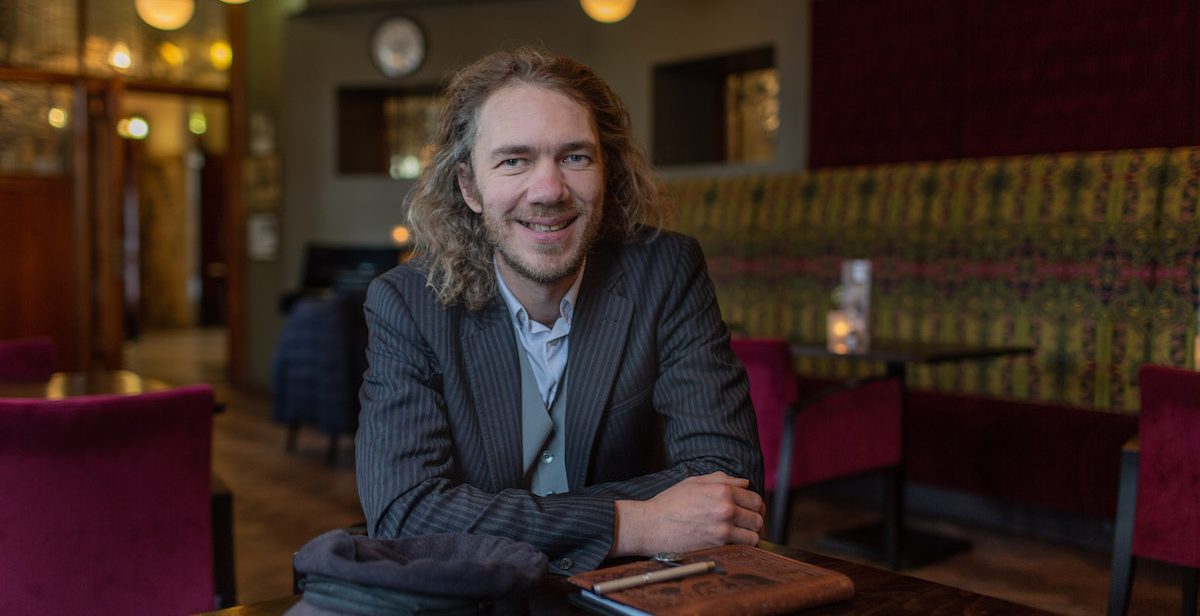 How to eco-travel by the power of the wind

These are the words that Jorne Langelaan finishes his email with when I contact him to ask if we can meet online. This nautical phrase is used by sailors travelling on the high seas. And for Jorne, that’s been his life. Now the CEO of EcoClipper is using his passion to help create sustainable supply chains. But it’s not just about cargo. Jorne’s vision is also one of eco-travel.

It all started as an adventure. At the age of 12, Jorne travelled by cargo ship on the North Sea with his uncle. The rivers in his home country, the Netherlands, were frozen and Jorne recalls five-meter waves crashing over the sides of the ship. As they reached the frozen world of Copenhagen, Jorne remembers the icicles.

That trip left a lasting impression. Leaving school at 18, Jorne started sailing passenger ships. But while he enjoyed learning meteorology, something didn’t feel right about the act of taking passengers from one point to another. It had nothing to do with eco-travel.

It was the 1990s and the Avontuur, a cargo ship built in 1920, was still operating as one of the world’s only sailing cargo vessels. Jorne joined the crew and spent some years supplying small Caribbean islands with food and goods from the mainland.

When he returned to the Netherlands, he found he couldn’t go back to carrying passengers. “The seed of transporting cargo had gotten into my soul,” he tells me. For Jorne, transporting cargo is about community, being part of a more localised system. And it’s also about eco-travel.

“The biggest environmental problem of the shipping industry is not so much the enormous cost of emissions, but the huge explosion of international trade and travel,” he explains.

The problem with shipping

While he has fond memories of that first trip on the North Sea, Jorne now understands the environmental consequences of carrying goods by motor ship. “I didn’t realize it at the time, but that vessel must have been guzzling 1000 litres a day,” he tells me.

As an adult, he spent time as chief officer on board the Bark Europa. This three-mast ship made yearly expeditions to Antarctica, carrying environmental researchers and biologists. And as they travelled, the scientists would point out environmental changes.

“Areas that had once been visible were covered in broken ice from glaciers. And whole swathes of ocean were impassable,” says Jorne. That’s why he’s interested in moving goods and people in a more ecological way. And his philosophy is simple: small is beautiful.

Jorne isn’t alone in his mission. During the 1990s, there were only two sailing cargo ships in the world. But now there are around 15 companies working hard to bring them back to the seas. The future of travel is eco-travel.

In 2007, Jorne and two friends rebuilt the Tres Hombres, a sailing cargo ship built in 1943. Its currently the world’s only trans-Atlantic sailing ship without a motor. “It’s now back in the Caribbean holding a cargo of rum, coffee and chocolate, which really brings the entire story around again,” says Jorne.

Keen to continue this mission, he set up EcoClipper, a shipping cooperative whose goal is to bring sustainable freights back. EcoClipper has recently bought its first retrofit vessel. The Tukker, built in 1912, is set to return to the waters as a cargo ship once again. And, having space for 12 passengers, it will offer opportunities for environmentally friendly travel.

We need to make some changes

We’ve become used to cheap food being shipped from all over the world. And we’ve gotten used to flying. But if we want a more sustainable future, we’re going to have to pay for it. It’s true that shipping goods without motors is more costly. And travelling by wind is more time-consuming. But that, Jorne is keen to point out, simply means we are paying the true, ecological price for our goods and experiences.

What is it like to be part of a crew on a sailing cargo ship?

“It really feels like being alive,” Jorne tells me.

“People often talk about life before and life after their voyage. And when they return to shore, they decide to change jobs or start a company. They make life changes. Some stay at sea.

“Life at sea really brings you back to the basics. It’s spartan and raw. You go offline. Eating, sleeping and exchanging stories are the most important things. There is no contact with the outside world. You don’t follow the news. Your phone doesn’t work.

“And when the sales are set and you’re on the ocean, everything is up to that small community of people to survive. The cook runs the beating heart of the ship, the galley. And he or she doesn’t only provide warm meals in the toughest weather but is also there to help balance the mental health of the crew”.

Passengers aren’t just there for the ride. They help keep the ship in good shape, joining one of two teams and taking turns to keep watch. Bread baking happens at night. There is fishing. And the daily routines of you and the other 14 crew members become all-important.

“It’s almost a tribal experience,” says Jorne. “And after two or three weeks without tasting a fresh apple or lettuce leaf, all of a sudden there’s the shore with all of its scents and promises. You can smell the pine trees”.

If this sounds like something you’d like to do, why not consider joining EcoClipper? It will give you ownership rights in the world’s most innovative and sustainable sailing company. This conversation has certainly gotten me dreaming of travelling by the power of the wind.