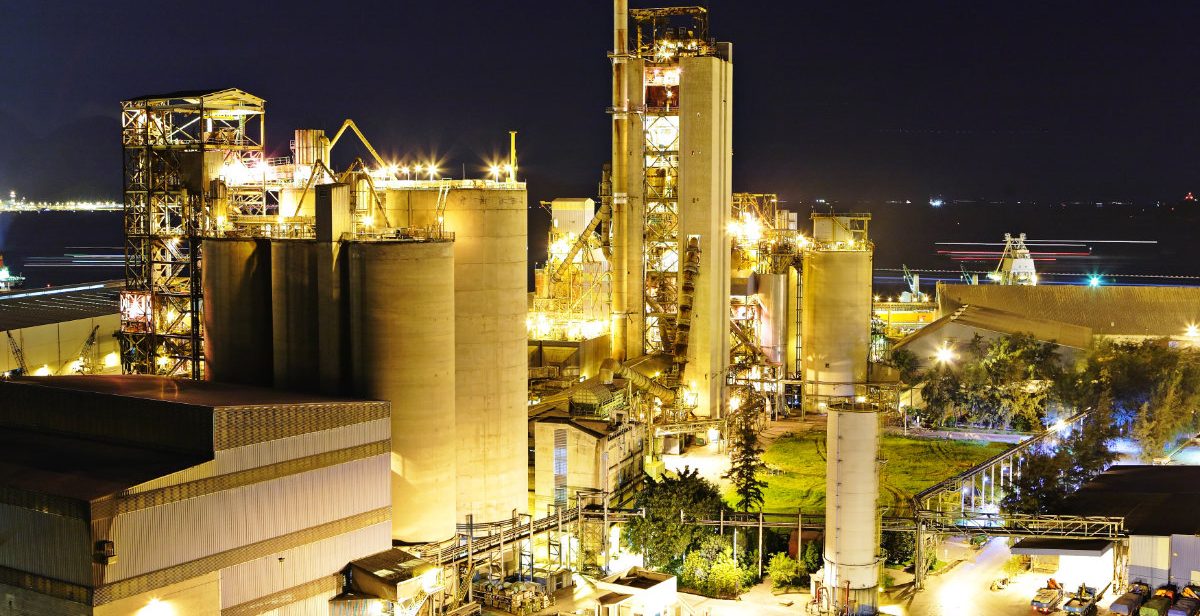 Cement factories produce a lot of cement, along with a whole lot of nasty stuff

Without concrete our modern lives would be very different. Is there an alternative?

The modern world is built on cement. As global urbanisation continues, the demand for cement has increased with it. But making cement is responsible for around  8% of global CO2 emissions.

What is the difference between concrete and cement?

Some folks use these two terms interchangeably, but there is a difference.

After concrete is poured, it begins to cure. Although it hardens quickly, it typically requires 28 days for concrete to reach its maximum strength. During this time, the Portland cement reacts with the water, creating the chemical bonds that hold everything together.

How is traditional Portland cement manufactured?

Portland cement is usually produced by mixing limestone and clay, then sintering the mixture. During sintering, the temperature of the mixture is raised to around 2640°F/1500°C, which is still below its melting point.

Limestone is primarily calcium carbonate (CaCO3). During the sintering process the calcium carbonate breaks down to create calcium oxide (CaO) and carbon dioxide (CO2). The final result of this procedure is called clinker, and it is in the form of nodules with diameters ranging from 0.1 to 1.0 inches/2.5mm  25mm.

These nodules are then ground into a fine powder.

Why does manufacturing Portland cement create so much carbon dioxide?

About half of the carbon dioxide created comes from the breakdown of the calcium carbonate. Most of the rest comes from the fuel used to heat the mixture to its sintering temperature, and some is used transporting the ingredients and final product.

Global cement production in 2019 was 4,100 million metric tons. That’s a lot of cement and a lot of pollution released. But there are ways the amount of greenhouse gases released can be reduced.

Blended Portland cement to the rescue?

With blended Portland cement, other materials are added in, typically industrial by-products such as:

Mixing in these other materials not only reduces the amount of Portland cement used, but can also improve the structural properties of the concrete.

What are the environmental benefits of blended Portland cement?

There are two major environmental benefits of blended Portland cement.

The first is a reduction of up to 45% in carbon dioxide emissions.

The second is that waste products are put to good use rather than filling up landfills.

Fly ash requires a special landfill to keep it and its accompanying heavy metals (like arsenic) out of drinking water supplies.

In 2008 a pond wall collapse at the Tennessee Valley Authority’s Kingston Fossil Plant released 1.1 billion gallons of coal ash (combined fly and bottom ash) and water into a nearby river.

The cleanup job cost over $1 billion.The harm caused to people was significant.

Concrete isn’t going away any time soon – it’s been used for thousands of years leaving us ancient monuments to marvel as well as modern towering structures that leave us in awe.

Without concrete our modern lives would be very different. It’s a great, low cost building material that can be made locally all over the world. In developing countries, it allows rapid expansion of infrastructure helping to alleviate poverty and improving living conditions in the process.

Despite its virtues, cement production for concrete releases a huge amount of carbon dioxide.

If cement production was a country, it would rank third, behind only China and the United States for greenhouse gas emissions.

OPOH advocates for using blended Portland cement with industrial waste materials. This not only significantly reduces greenhouse gas emission, but it also keeps materials like slag and fly ash out of landfills.

Making the use of Portland cement a statutory requirement for all new buildings, and placing a tax on non-Portland cement could help make a rapid and significant difference to global greenhouse gas emissions.