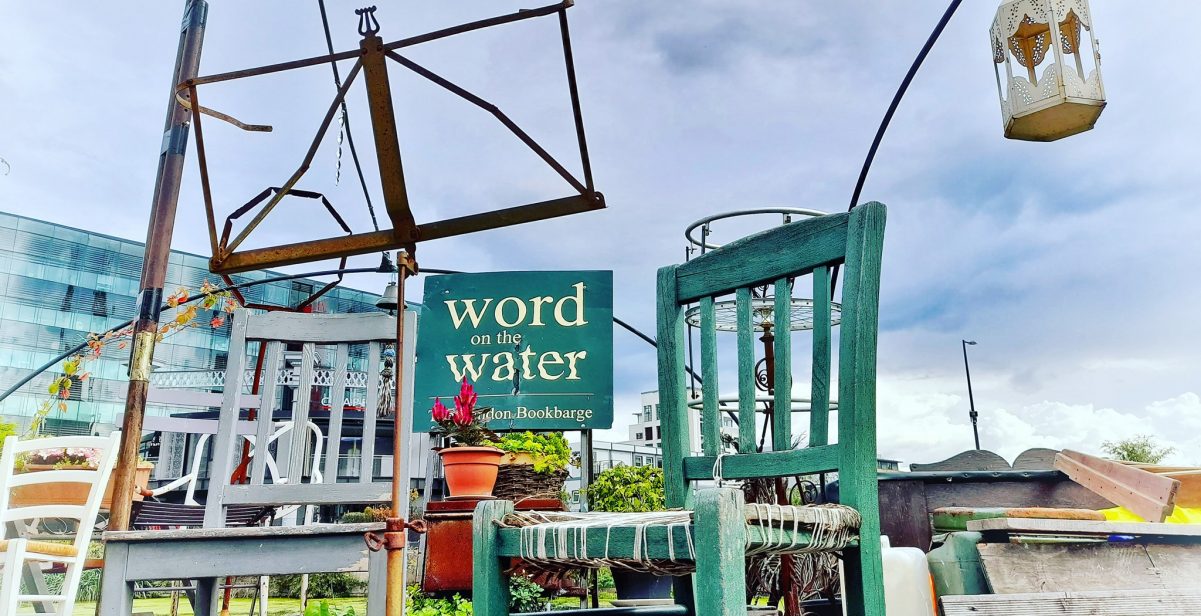 Support an independent bookshop this Christmas

If you’ve ever wanted to engage in social activism from the comfort of your armchair then look no further. As numerous small businesses were forced to close this year, it looked as though Amazon was going to take over the world.

Amazon might be a place to buy cheap books. But the company engages in aggressive tax avoidance techniques and is reported to treat its staff badly. Because of this, many readers are seeking an alternative to Amazon.

And that’s why bookshops like Word on the Water step in. Nicknamed the London Bookbarge, Word on the Water is a quirky, floating bookshop that brings joy to book lovers in normal times. But these aren’t normal times and booksellers need your support. You can engage in social activism by choosing where to put your money. Support an independent bookshop this Christmas to help out.

When lockdown first happened earlier this year, Word on the Water promptly went online, shipping books all around the world from its base on Regent’s Canal. But as the nation has gone into a second lockdown, the shop is surviving on about a third of what it would usually make at this time of year. That’s okay in the short-term. But it could lead to trouble in time.

Out of lockdown, Word on the Water is arguably one of London’s coolest bookshops. Paddy, one of the three owners says: “When we opened, we accidentally stumbled into being an Instagrammable alternative to Amazon.” That’s because the barge is full of 19th-century memorabilia, from shabby leather armchairs to old boots stuffed with plants.

That’s not to mention the books that are crammed into every perceivable place. And on a winter’s day, a small stove warms you as you browse. Richard Brook, ex-local resident says: “It’s a million miles away from the claustrophobic silence and hushed tones of most libraries and bookstores.”

The owners hope to survive this year’s restrictions so they can continue doing what they love when conditions improve. But they need your support. Do you want to finance a multinational company such as Amazon that’s at no risk of failing? Or would you rather your hard-earned cash went to some independent booksellers?

Visit Word on the Water when it’s open, and you may find a Dickensian gentleman reading Edward Lear poems as you arrive. Or there could be a jazz band serenading you from the banks of the canal. You might stumble upon a political talk or a poetry slam. And some people don’t even go inside, choosing instead to sit and listen to the music for a while, before meandering on. Word on the Water is definitely more than just a bookshop.

“This barge keeps us in the circle of life,” says Paddy, who rarely leaves the sanctuary of the canal these days. “It gently takes you over, filling up your life,” he continues. And other people benefit too. Paddy and his colleagues have observed, time and time again, that people are the best versions of themselves onboard the barge.

Bioplastic made from fish scales

You could liken the shop’s vibe to that of a secular church. There’s often a magical mood in the circle around it. And there’s a personal feel to Word on the Water that didn’t happen by accident. Before canal life, Paddy worked in drug services, running a drop-in for homeless people. It was there he learned the importance of environment. The right ambience “does much more than some wide-eyed support worker can ever do” for people’s state of mind, he says.

This is the kind of shop that makes life interesting. When Word on the Water first opened ten years ago, people were saying that bookshops were doomed. “We thought we were buying into a dying industry,” says Paddy. But that turned out not to be true. In fact, non-fiction and reference books, in particular, have been gaining popularity since 2015. And that shows that bookshops are still important places.

The US-based site actually launched in January. But it was in April that it started selling $150,000 worth of books a day. And because of this massive success, Bookshop launched in the UK in November, a year or two earlier than planned. It’s a “positively revolutionary moment in the history of bookselling in the UK,” Picador publisher, Philip Gwyn Jones told the Guardian earlier this year.

So if you want to engage in social activism this Christmas, you don’t even need to leave your living room! Books on politics and isms may not be your thing but that’s okay. Support an independent bookshop this Christmas and make sure your money goes to the people you most want to see operating in 2021.